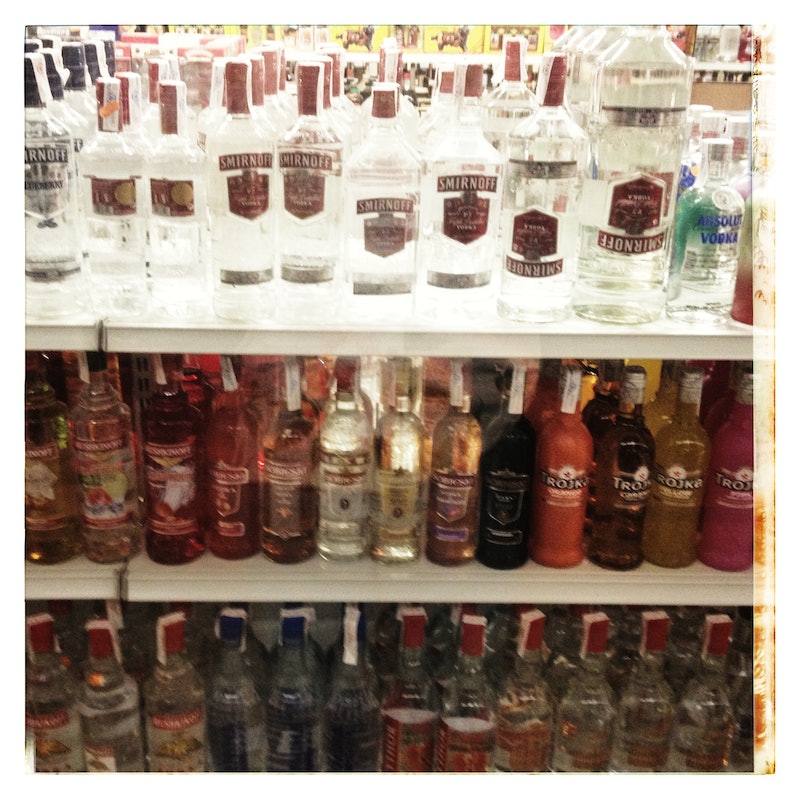 We’ve all been there: It’s a Saturday night. You’re out and about with your pals, having a grand old time… when suddenly, you stop short. Who is that person all the way on the other side of the bar? You must speak with them! One thing leads to another; you head home together; you have either some disappointing drunken fumbling or an incredible, mind-blowing one-night stand… and then when you wake up in the morning, the breathtakingly attractive person you fell asleep next to is nowhere to be found. Sure, the person who’s there is… y’know… okay… but damn. What happened to the hottie? Then it hits you: You fell prey to the phenomenon known as Beer Goggles. Curses! Foiled again!

This, however, prompts an interesting question: Why are Beer Goggles even a thing? What is it about booze that makes people look so much more attractive to us than they do when we’re sober? Well, it may not be limited to just one factor. According to Today I Found Out, a variety of studies have actually been conducted over the years, each of which shed a little more light on the whole phenomenon. Two of them, however, are loads more interesting than the others, largely because they don’t just come to the conclusion, “yes, people rate other people as more attractive when they’ve been drinking.”

The first study, which was conducted at London’s Roehampton University, tested how alcohol affects our perception of facial symmetry — a quality long held up as the be-all, end-all measure of attractiveness. The experiment’s 64 subjects, all of whom were students gathered from areas near the campus bars around Roehampton University, were classified as either sober or intoxicated before being shown a bunch of pictures of faces on a computer screen. First, for 20 images of a pair of faces, participants were asked to state which face of each pair they found most attractive; then, for 20 images of a single face, they were asked to state whether the face displayed was symmetrical. The study found that sober participants were both more drawn to people with symmetrical faces and better at picking them out than their drunk counterparts; this, in turn, lead the researchers to conclude that “the reduced ability of inebriated people to perceive asymmetry may be an important mechanism underlying the higher ratings of facial attractiveness they give for members of the opposite sex and hence their increased frequency of mate choice” — that is, when we’re drunk, we have a harder time perceiving facial symmetry, which often makes us think the people we’re about to hook up with are more attractive than we would think they are if we were sober.

The second study of interest, however, looked not at how we perceive others while drunk, but rather, how we view ourselves after consuming alcohol. In sort of a prelude to the main event Laurent Begue at the Pierre Mendes-France University first asked 19 French bar patrons to rate their own attractiveness on a scale of one to seven before giving them a Breathalyzer test; perhaps unsurprisingly, the participants who scored higher on the Breathalyzer generally thought they were way more awesome than the soberer participants did.

There are probably other factors that come into play, but it appears that the perfect storm of Beer Goggle-ness happens if the following conditions are met: When you’ve both been at the bottle long enough to reach roughly the same level of intoxication, then you’ll both a) think you’re hot shit, and b) think the other person is super pretty, too. Of course, even if this explains how you ended up in bed with the person you did, it doesn’t explain hangovers. For that, you’ll have to talk to Richard Stephens, who’s kind of the master of hangover science. At least you can combat the effects of a hangover by eating the right things afterwards; alas, there is no such solution for a bad drunken hookup.