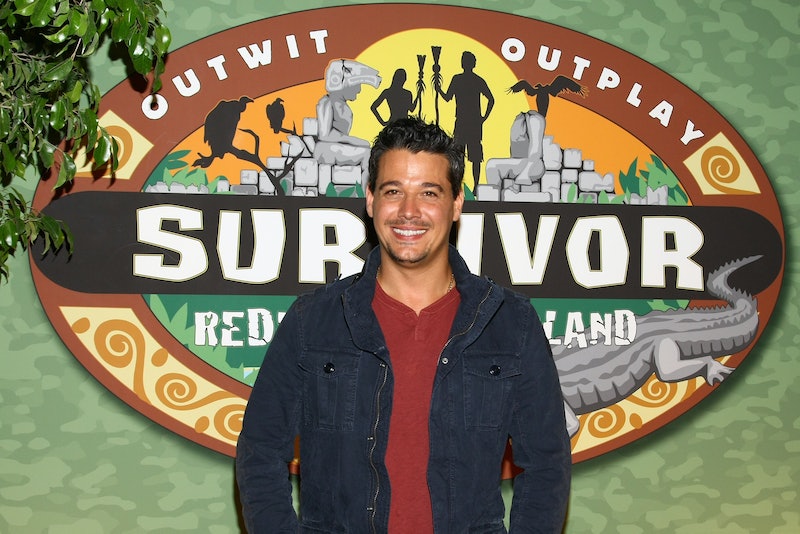 Well, I feel insanely old right now. Rob and Amber Mariano welcomed their fourth child, Adelina Rose Mariano, on Friday, proving that some relationships that start on a reality show actually last. Survivor fans will remember "Boston Rob" and Amber from Survivor's 2003 All Star season, which brought the two love birds together by having them share a hammock and form a game-saving alliance. Rob and Amber made it to the final council in the "All Star" competition, where Rob popped the question just before Amber won the million dollars. (Smart move, Boston Rob.) And though their love was cemented in reality television, this couple is still going strong out of the spotlight — which is more than you can say for most of the couples who actually go on reality television to find love.

Sorry, The Bachelor, but I'm not buying that your reality show is the place to find everlasting love. Even Trista and Ryan, the show's "golden couple," have struggled with marital problems — they just starred on We TV's Marriage Boot Camp to fix their marriage! Survivor may not be a dating show, but there is clearly something in the formula that tests a relationship so it's real world ready — and that's not something you can say for the "Fantasy Suite" dates featured on The Bachelor. Here's why you're more likely to find everlasting love on Survivor than on any other dating show.

Want to test your new boyfriend's loyalty? Have him put you above winning a million dollars. If you can trust that he'll put down Shady Sam's name on the tribal council instead of yours — even when it's way more strategic to boot you out off the island — then, you've found true love, lady.

You won't be bringing your prom-esque gown to the island. In fact, you aren't allowed to even bring a toothbrush. True love is being attracted to a person regardless of the fact that they haven't showered in like, a month.

Not only are the cameras always on you, but your campsite is insanely small and very open. Sure, you can venture off into the jungle and risk being eaten by killer snakes if you want, but more likely than not you're going to be around your love interest 24/7. There's nothing that tests a relationship better than being forced to spend insane amounts of time with your unshowered new boo. You'll know if you want to take things to the real world.

Everyone Will Be Out To Ruin Your Relationship

Betrayal is practically the name of the game, and there is nothing that will benefit someone more on Survivor than breaking up a love-based alliance. It's great practice for the real world, where you'll have jealous exes and passive aggressive siblings to contend with. (Luckily, they can't hurt your chance at winning a million bucks.)

You're Competing With Each Other

...as opposed to for each other. It's far easier to tell when you actually like someone when you aren't told by producers that you must fall in love with them in order to win the game. On Survivor, you follow the money. If you happen to fall for someone, then you're both wealthy and in love. And that's a pretty sweet place to be.