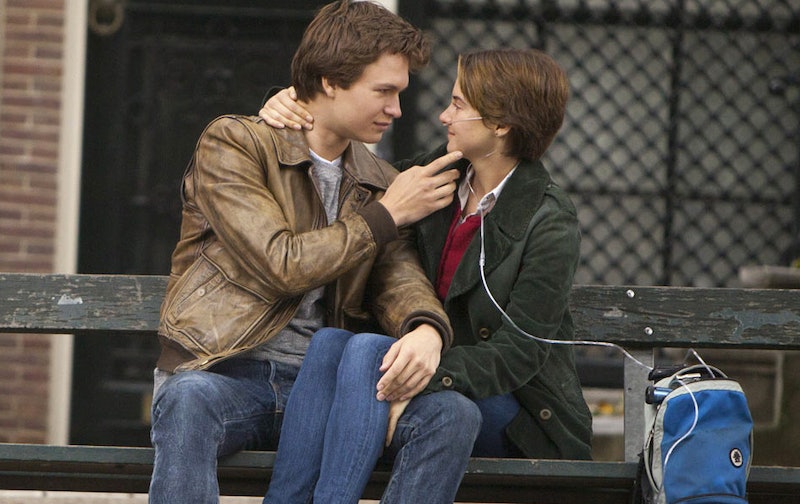 You can expect to see a whole bunch more adaptations of young adult novels to come our way soon: The Fault In Our Stars has reached $100 million in domestic box office gross. Considering it wasn't made for all that much, that's a pretty good take-away. In fact, it's a good enough take-away that it means The Fault In Our Stars is one of the most profitable films of the year.

It became clear pretty immediately that The Fault In Our Stars was going to do well for the studio powers who put their weight behind it. It beat Tom Cruise and Emily Blunt action film The Edge Of Tomorrow its first weekend out of the gate, and apparently, it's still got some legs a few weeks later.

The Fault In Our Stars was never going to open to numbers as bonkers big as, say, Catching Fire — but considering that TFiOS was made for about $12 million, and Catching Fire was made of ten times that ($120-$130 million), that's pretty much okay. Catching Fire opened to $161.1 million, yes, but if you're talking how fast a movie can earn back its budget, that puts TFiOS' $48 million opening weekend into a new perspective.

Harry Potter and Twilight have done remarkably well, too, but what studios might be learning with The Fault In Our Stars — and what many of us have known all along — is that the young adult genre is much bigger than wizards and vampires. The Fault In our Stars isn't a big-budget dystopian thriller or action movie; it's a relatively small story about two teenagers navigating life in a contemporary world.

And it's probably time to prepare yourself to see a whole lot more of that in the years to come.

More like this
What Song Does Eddie Play in 'Stranger Things'? Metallica’s “Master Of Puppets” Ignites The Season 4 Finale
By Alyssa Lapid
At 14, Jenny Han Wrote Rom-Coms About Her Friends & Fan Mail To Leo DiCaprio
By Alyssa Lapid
Everything You Need To Know About The 'Knives Out' Sequel
By Grace Wehniainen
The 'Hocus Pocus' Sequel Finally Has A Release Date & It Makes Total Sense
By Shannon Barbour and Radhika Menon
Get Even More From Bustle — Sign Up For The Newsletter