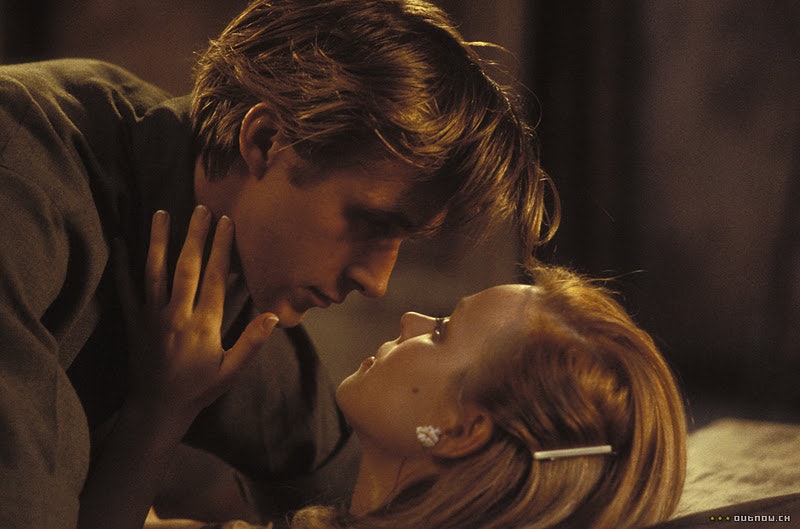 Today is an important day: it's the 10th anniversary of The Notebook making millions of women cry. No doubt there are a lot of reasons to celebrate this movie (hello, Ryan Gosling!) but as many memes as it may have inspired, for me the movie has a little more meaning. The Notebook taught me about consent. In the first love scene back when Gosling's character Noah and Rachel McAdams character Allie were still kiddos in the run-down farmhouse, Noah pauses to ask her if she's okay, and suddenly I realized that sex didn't always have to violent. I learned that consent was an important part of sex, and that's why to this day when you ask me my favorite scene from the movie I always say when Noah asks Allie if she's okay during their sex scene.

When The Notebook first came out I was 13. I don't remember if that's the year I saw the movie, but I know I saw it as a young teenager and was impressionable enough that the scene rubbed off on me. Until that point, the sex I'd seen in movies took on a very different shape. It was always rough, even when it was passionate and full of love. It was a guy throwing the girl down on the bed... or ripping her clothes off... I became used to this notion that this is what sex was. That combined with the (untrue) notion that sex is supposed to hurt for girls the first time and it's safe to say I was terrified to have sex.

But The Notebook changed my outlook on it. It's one of the most honest representations of sex I've still seen today. It's obvious that Allie and Noah love each other, and the way they go about their love scene feels real. To be honest, it's awkward. There's no ripping off of clothes, or rough pushing up of a hemline to gain access. Instead each person takes off their own clothes, slowly and shyly.

When they actually get down to business Allie isn't engrossed in the passion of it all, she's freaking out. She can't stop talking and thinking and you're not totally sure if she even wants to go through with this. Instead of attempting to convince her of his love or make her feel guilty for not following through, Noah instead asks her if she's okay. Even though Allie's exact words are, "you're gonna have to talk me through this," Noah does nothing of the sort. Instead he stops and says, "You alright? Did I hurt you?" Noah even says, "You don't have to do this if you don't want to."

To me it was a revolutionary scene. I didn't read the book, so I don't know if Nicholas Sparks wrote the scene that way, but whoever developed it made a big impact on me, and I hope other young girls out there too. For the first time I saw that consent wasn't only allowed, but if the guy truly cared about you and loved you, he would ask for that consent and be okay with not going through with things if you weren't ready. We need more sex scenes like that because as smart of a teenager as I was, I still looked to the examples around me for advice and until The Notebook came out, those examples of sex really weren't what a teenage girl should think sex is about.

So as we celebrate all the tears and romance that this movie has brought us over the last ten years, let's take a moment to appreciate this underrated, but extremely important scene.