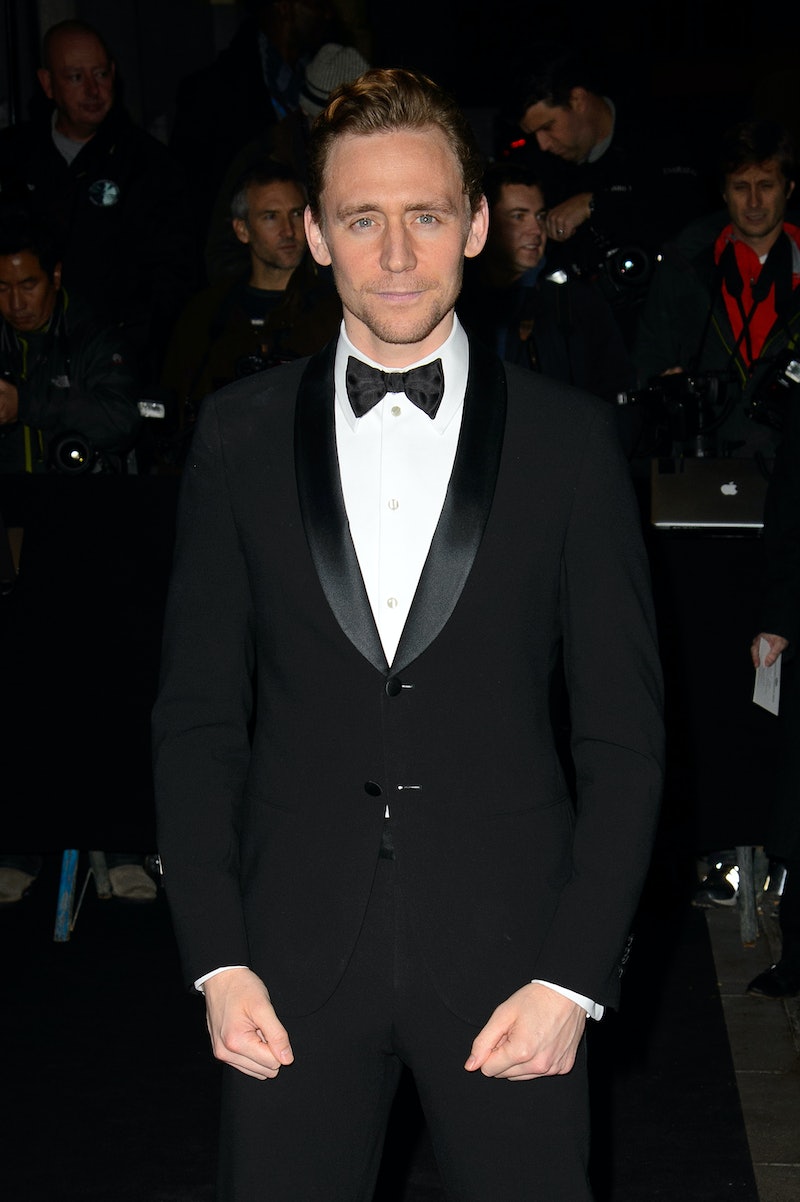 Don't worry, he's got this! Tom Hiddleston has responded to those upset with his role as Hank Williams in the upcoming film I Saw the Light. The actor understands that giving a British guy the part of an American legend is unconventional, but he wants everyone to know he takes the position very seriously. "It's a huge role for me and a huge responsibility. I'm going to give it everything I've got," he told the Daily Mail. Perhaps that will help allay the fears of Williams' grandson Hank Williams III, who wanted a more American actor like Matthew Mcconaughey to tackle the part. But if Hiddleston's words aren't convincing enough, let's remember Hiddleston has been underestimated before ... and he pulled through marvelously. (Get it? Marvel-ous.)

Maybe Hank Williams III hasn't heard of a little film called Thor, or Avengers, or Thor: The Dark World because the last time Hiddleston was underestimated he ended up playing Loki, turning him into the tricky villain who charmed the hearts of a thousand fangirls and totally stole the show in Thor 2 .

Back in 2009 when Hiddleston was first cast as Thor's brother, Vulture severely underrated the British actor in an article titled "Marvel Rolls Dice, Casts No-names for Thor."

Despite rumors that had everyone from Shia LaBeouf to Josh Hartnett being cast in Kenneth Branagh's version of Thor, two virtual unknowns will instead be handed the keys to the Marvel franchise. Australian actor Chris Hemsworth, whom you might recall from the opening scene ofStar Trek, will play the Norse superhero, and Tom Hiddleston has been cast as his nemesis, Loki. Let's hope they follow the J.J. Abrams route and put the money they saved in casting straight to special effects.

Yes, Hiddleston may have been unknown at the time, but handing him those Marvel keys was one of the smartest decisions a casting director has ever made. Hiddleston took the character to new heights and totally elevated his career along with it, which probably helped him land the I Saw the Light role in the first place.

Hiddleston's doubters may be frustrated with this casting choice, but in addition to his good track record at pulling through, he will also be working alongside Grammy Award-winning country star Rodney Crowell to perfect the musical side of his character. "I've already started singing and playing every day," Hiddleston says. "[Crowell's] already expanded my vocal range and given me a few pointers about adapting my own tone to sound like Hank ... and [Crowell will] be on hand throughout the shoot."

So if you're doubtful Hiddleston can pull this off, just remember the last time he was the underdog, he took on one of Marvel's best and most recognizable villains and came out on top. So, don't worry people, everything's going to be okay.