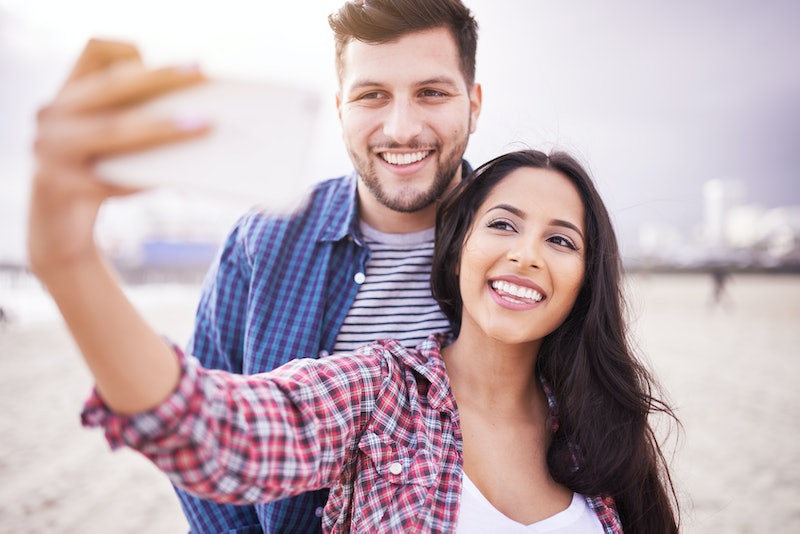 Everyone wants to be part of a happy and healthy relationship and if you are, that’s amazing. Congrats! That being said, no one else cares all that much so please, for the love of God, stop plastering it all over Facebook. I say that yes, as a single person, but also as someone who is just tired of having her various newsfeeds taken over by the umpteenth picture of you and your significant other squinting into the camera in front of a sunset. These relationship selfies aka “relfies” (barf) are not only irritating, they also make me not ever want to be physically around the perpetrators. I mean, if two people are that mushy on social media, I don’t even want to know what they’re like in person.

Well, it looks like I’m not the only one who feels that way. According to a new study carried out by Professor Benjami Le of Pennsylvania’s Haverford College, NO one likes Facebook PDA. And not only do they not like it, but they’ll also like you less for indulging in it. See guys? This isn’t just me, it’s science!

Bottom line? It’s great when a relationship is going well, but that doesn’t mean you need to document every single minute together. As for those not in a relationship, just take a deep breath…and click unfollow.

More like this
Are Gemini & Scorpio Compatible In A Relationship?
By Kristine Fellizar
The Most Compatible Life Path Numbers, According To Numerologists
By Kristine Fellizar
The Case For A Hard Launch Summer
By Morgan Sullivan
How To Spot The Signs You’re Being Love Bombed
By Lea Rose Emery and Mackenzie Sylvester
Get Even More From Bustle — Sign Up For The Newsletter