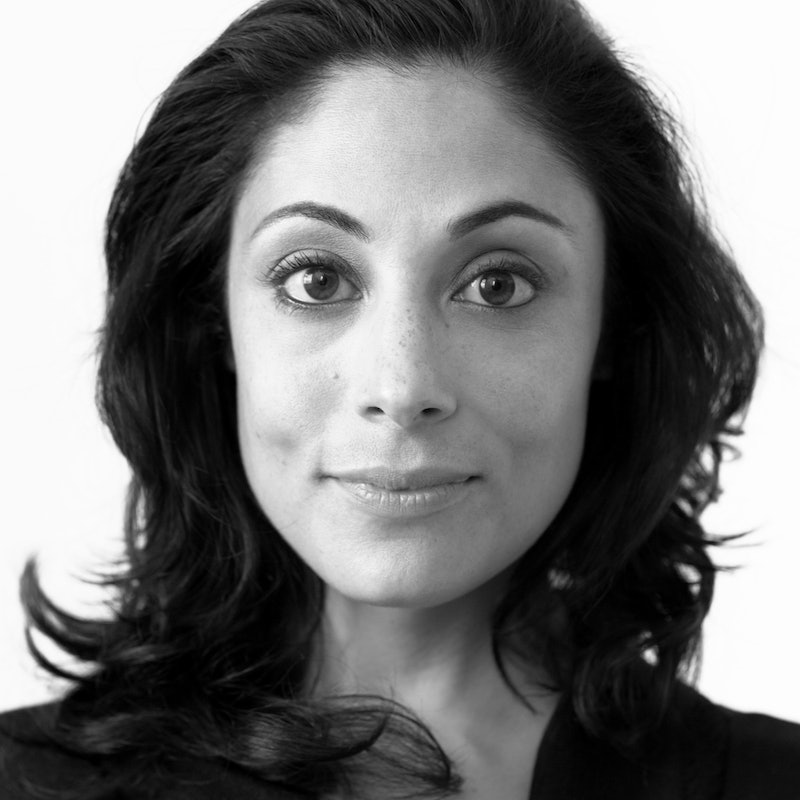 If anyone were ever justified an identity crisis, Najla Said would be the candidate.

"I am a Palestinian-Lebanese-American Christian woman, but I grew up as a Jew in New York City," Said explains in the opening sentence of her memoir, Looking For Palestine: Growing Up Confused in an Arab-American Family (Riverhead). The following pages reveal a woman's quest to to achieve the impossible: Summing herself up in a word.

In some ways, Said's upbringing was typical of middle-class New York City families. She was raised on the Upper West Side where her father was a professor at Columbia, attended a private school where she idolized the plethora of blondes from wealthy families, and enjoyed traveling and singing along to the soundtrack of Joseph's Technicolor Dreamcoat. Said's story becomes unconventional, however, when she reveals that her father was Edward Said, a prominent Palestinian and the author of Orientalism, her mother was deeply attached to her Lebanese roots, and her parents encouraged her to avoid stereotypes or "picking sides" in Middle Eastern politics. Growing up, Said felt a clash between her home life and her school life, and became desperate for an identity to hold on to. This desperation ultimately manifested in self-disdain and an eating disorder that persisted through her college years at Princeton. She spoke candidly about this identity struggle throughout the memoir:

When I was starting to put together the facts about the civil war in my teenage years, I really wanted my family members to be on one side or another so that everything would make sense. I just wanted them to be one of the Christina families that spoke French and followed a certain party logic. I needed to put them in a box, so I could figure out who I was, but then I was told they'd never do that because they didn't hate Palestinians. I found this detail annoying.

Looking For Palestine reminds us that not one person is so simple that his or her identity can be summed up in a single word. Anyone who ever wished her life was simpler or more like someone else's will identify with Said's beautifully told story. Although no one word ultimately brings Said peace with her identity, she does gradually come to embrace her heritage and find acceptance and belonging in a group of aspiring Arab-American actors. Finding the universality of a complex identity becomes of the utmost importance, and Said finds ways to embrace both her American-born-and-raised self, as well as the influence of her Middle Eastern heritage.

I wish I could articulately explain to the world — and to my younger self! — how the Middle East really works. I wish I could help everyone discover all the wonderful things that I was lucky enough to be able to rediscover about it, all of the little details that make the culture so incredibly addictive and captivating.

Said's memoir also provides a first-hand description of experiencing racism in Western countries. Ironically, post-9/11, Said was suddenly defined in the eyes of many by one, simple word: Arab. With this followed painful and ignorant connotations, such as that she was Muslim (she was baptized Episcopalian and considers herself Christian) or dangerous and violent (she was raised by academic pacifists). Although aware that Arab-Americans suffered from racism, hearing about a high school girl being singled-out for special questioning among her friends in an airport because of her Arab name humanizes the issue in an extreme way. Said remembers:

I felt as if the dirty, disgusting Arab me that I had buried so deep inside myself had been exposed for the third time in six weeks. My skin color, religion, and general appearance had helped to obscure my "true identity" for so long, I was only now experiencing the punch-in-the-stomach feeling of racism.

Looking For Palestine is not a history of the Middle East crisis, although history certainly plays a role, nor is it a detailed insider's look at her father, the famous Edward Said, although there is a bit of that, too. Rather, it is one woman's search to balance all the worlds that she feels she inhabits, and accept her complex, multi-word, explanation-needed identity.