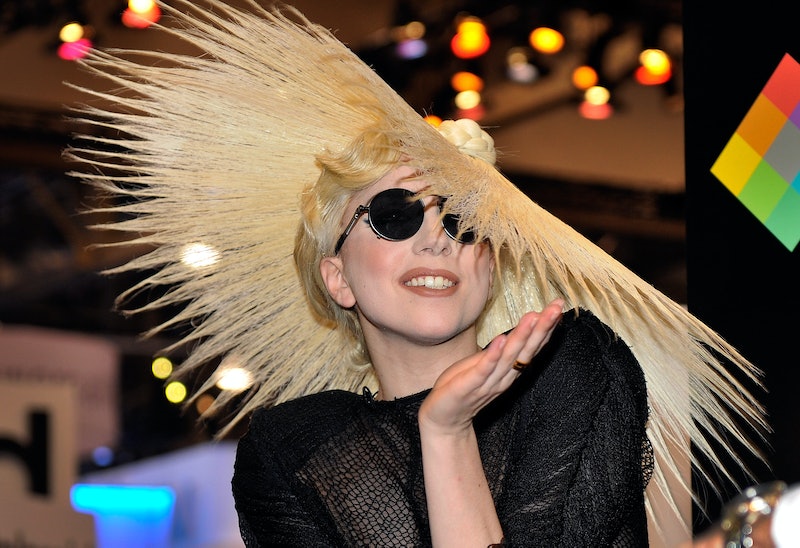 Lady Gaga basically exists on social media these days to document her French Bulldog, Asia. The dog is cute and all, but we can't help but wonder what happened to Lady Gaga's other dog Fozzi Bear? A few years ago, she went everywhere with the curly little ball of love, but ever since Asia has been around, Fozzi appears to have completely fallen off of the face of the Earth. It's almost like when your family adopts a new pet, showers attention and love on the newbie, and forgets the OG canine. It this what happened with Gaga? Did she totally forget about Fozzi?

Prepare to have your mind blown, because Fozzi wasn’t even Lady Gaga’s dog in the first place. According to Gagapedia, Fozzi belongs to Gaga’s hairstylist and wigmaker Frederic Aspiras. This is pretty confusing, given all the press Fozzi got a few years back. He was second only to Bo Obama as the world's most famous pet! The poodle-maltese mix was Gaga’s chosen arm candy for the entirety of 2012 and even made appearances with her in 2013. While it was apparent that the dog belonged to the singer, Fozzi was just a super fluffy member of the entourage. That and, well, his dad just allowed Lady Gaga to borrow him for long periods of time. One look at Aspiras’ Instagram, you’ll see that Fozzi is alive and kickin’.

Still, Fozzi made various appearances with Gaga. Doesn't she look like a dog owner here?

They even slept naked together one night. Kind of seems like a thing only an owner would do with a dog, right?

Welp, Gaga’s all about Asia these days, because she’s her actual dog.

Gaga got Asia in April and since then, Gaga’s Instagram has been flooded with Asia pictures. Here she is shown to scale with Gaga's handbag.

Fozzi dodged a bullet on that one. He spends much more time with Dad nowadays. Here he is chillin' on a table in early June.

But he still finds time in his busy schedule to drop in and keep Asia company.

All together now: Awwww!