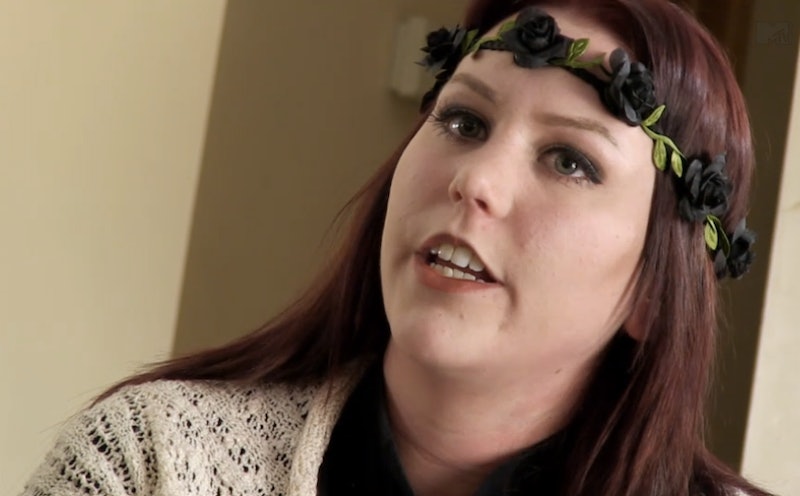 We've heard of the double catfish. We've heard of catfish victims doing their own research and ignoring it. But we haven't heard of a Catfish: The TV Show episode in which the two folks in the relationship don't ever meet face to face. In fact, in the case of Catfish's Miranda and "James" (nee "Camryn"), Skype is the only way they've interacted (at least by the time the episode's credits rolled). That's right: the catfish and catfishee are actually Skyping.

Of course, these two weren't doing that before Max and Nev intervened. Before their Catfish intervention, Minnesota 20-something Miranda believes she's in an online relationship with Camryn, a surfer dude from Santa Monica, Calif. After some sleuthing of her own (tips she learned from watching Catfish, as it were), she discovers that Camyrn's photos are of a guy named Josh who lives in Atlanta. After confronting "Camyrn" about this issue, they had a falling out and then her online love reintroduced himself as his "true" self, "James." But naturally, there's no way this second suitor is the real deal. Nev and Max eventually track "James" down, but then comes another excuse: "James'" family won't let him leave his house, so they turn to Skype.

When Nev finally gets the Skype caller ringing, "James" texts and requests that he only speak to Nev and Max at first. And surprise, surprise: "James" is actually and 18-year-old girl named Gabby who has been questioning her sexual orientation. Her family wouldn't let her meet Miranda because they didn't know about Miranda. This sort of conclusion isn't uncommon on Catfish, but when Miranda finally convinces Gabby to meet up, Gabby bails. Miranda cries on Max's shoulder and it seems that we're watching the first Catfish episode without a real conclusion. Luckily, things change rather rapidly in the epilogue.

Nev and Max Skype with Miranda to ask her how her life has been going — TV minutes before, Gabby told them that she and Miranda still talk — and Miranda drops the most unexpected, yet sweet and positive news ever: Not only have she and Gabby been carrying on an online, long distance relationship on the Internet, they might also be more than friends.

This lovely 21-year-old Minnesotan explains that she shared something deep with Gabby and that she doesn't think it matter who you love or how you find them. When the screen goes dark, we've got no guarantee that Miranda and Gabby are headed for their happy ever after, but Miranda does say she's planning to see Gabby soon. Not only does Catfish prove in those final moments that wonderfully decent people really do exist out there, but that love (as Hallmark Channel movie-esque this may sound) really does have the ability to conquer all.

Now excuse me while I hurry up and read something cynical to balance out all this positivity.