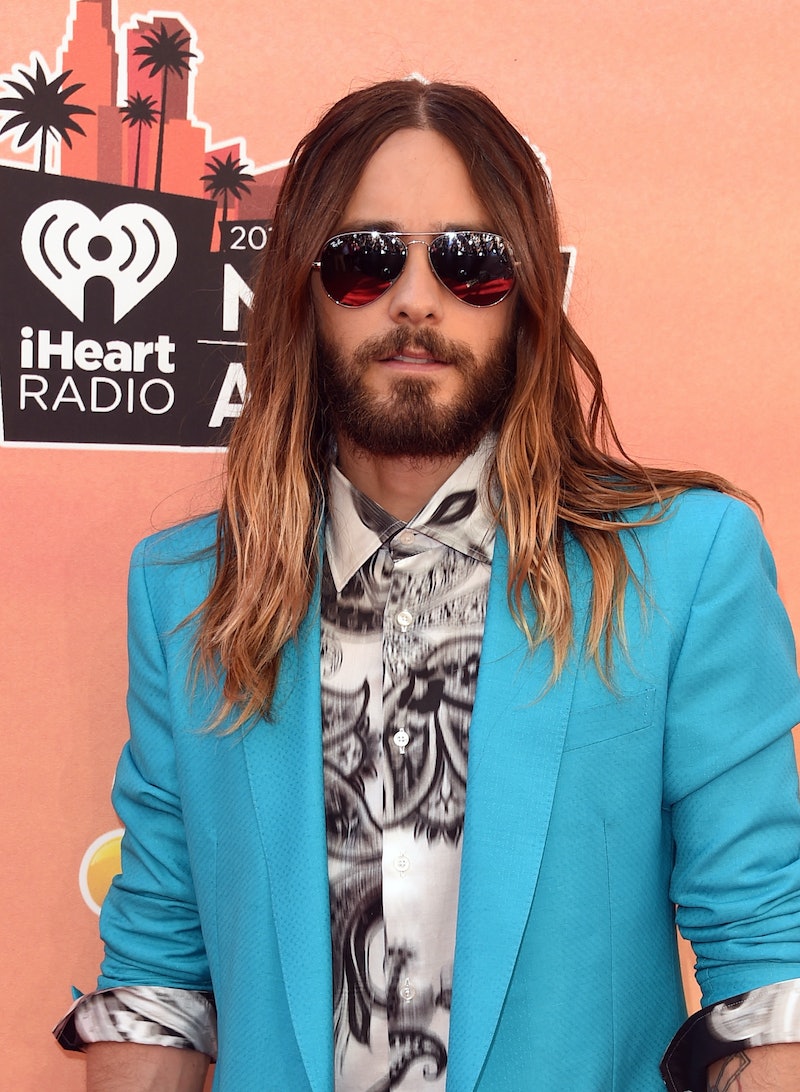 How can a vampire possibly be a vegan? I mean, Jared Leto hasn't aged since he turned 18, so how would that even work? Apparently it does, and in the best celebrity ranking you didn't know you needed, Jared Leto and Ellen Page are the "Sexiest Vegetarian Celebrites" according to PETA. PETA revealed exclusively to E! that the Oscar-winner and X-Men star have topped their list of Hollywood stars that are all about their plant-based diets. And they couldn't have picked a better twosome to be the faces of vegetarianism in 2014 — I mean, Leto claims his vegan diet is the fountain of youth and everyone's trying to get in on that.

Other celebrities in this year's PETA ranking included Her star Joaquin Phoenix, Captain America's Samuel L. Jackson, Game of Thrones' Tyrion Lannister himself, Peter Dinklage, and True Detective's Woody Harrelson. So basically, if you're anyone in Hollywood in 2014, you're a vegetarian. On the female side of the list, singer Ariana Grande, Mad Men's most theory-spinning character, Jessica Paré, Orange is the New Black's and the girl who's not dating Tom Cruise, Laura Prepon, and comedian Sarah Silverman. But, not everyone had as big of a year as Leto and Page — who won an Oscar for playing a transgender character in Dallas Buyers Club and publicly opened up about her sexuality, respectively.

But aside from being wildly popular faces that represent a changing tide in Hollywood and the way it treats the LGBT community, Page and Leto have been poster-children for vegetarianism of late. In March 2013, Leto credited his ageless good looks to being a vegan and practicing yoga in an interview with British GQ. The actor told the magazine:

I'm pretty healthy so I think that helps a lot. I've been that way for a long time — 20 solid years of eating vegetarian/vegan and taking care of myself. That probably helps the preservation process.

Well, in that case, cancel my double cheeseburger order ASAP.

Page has also been open about her plant-based diet, in 2011 she tweeted a now-deleted post on her Facebook that opened with:

Seriously, quit hating on vegetarians and vegans. Obviously they're doing something right.