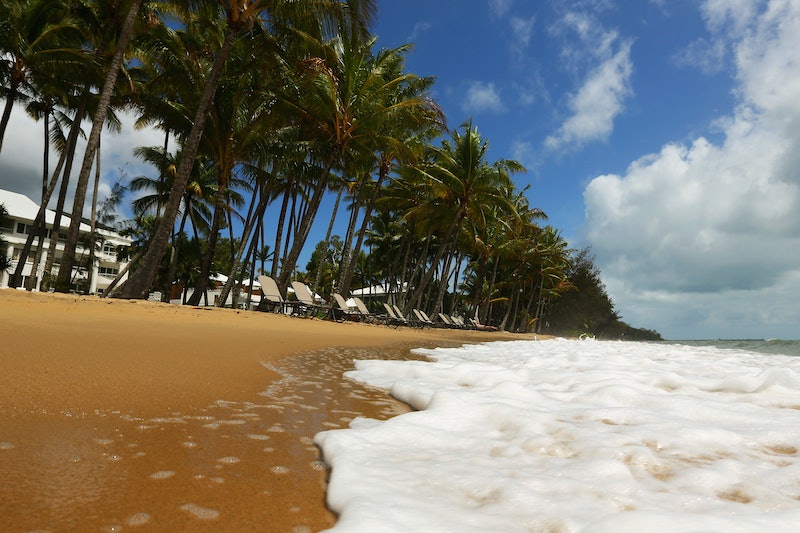 You know how there are people that refuse to get into the beach because it's gross and kids pee in there, but we all secretly judge them because YOLO and it's the sea and who cares, so loosen up? Yah, turns out, they had it right all along: a new report has found that one in 10 American beaches fail a bacteria test, meaning that ten percent of beaches in the U.S. are unsafe to swim in because they are literally too disgusting.

Roughly 3,500 samples were taken of beaches across the U.S. for the NRDC’s Annual Report, and the results are grim: one in 10 couldn't pass the new Environmental Protection Agency water safety standard, meaning that 10 percent of your favorite summer destinations could make you sick. Things that are commonly found in the water, on top of the excessively high bacteria levels? Trash. Human waste. Chemicals. Oil. Viruses. All thanks to water pollution caused by storm-water runoff and sewage overflows. Not convinced yet (though you really should be)? Almost 3.5 million Americans get sick each year, just from having contact with the raw sewage that overflows right into the place that you like to get naked and float around in."There can be hidden dangers lurking in many of our waterways in the form of bacteria and viruses that can cause a great inventory of illnesses like dysentery, hepatitis, stomach flu, infections and rashes," Steve Fleischli, water program director for the Natural Resources Defense Council, told a Wednesday morning press conference. "It's really all of our urban slobber going untreated into local waterways."

Before you throw in the towel (geddit?), there are clean beaches out there — Delaware, New Hampshire and New Jersey, for example, had a failure rate of just 3 percent — it's all about knowing which ones to avoid. And those are the "repeat offenders"; that is, beaches that have failed the bacteria test more than once. Ohio has a whopping seven beaches on the "repeat offender" list, so I'd avoid that state entirely, if possible. The other ten "repeat offenders" include New York's Main Street Beach in Chautauqua County and New Jersey's Beachwood Beach in Ocean County.

And if you're thinking you're safer sticking to the chlorine-scented safety of your hotel hot tub, think again — a recent investigation by Today News' Jeff Rossem found that hot tubs can harbor anything from fecal matter (sorry, it's true) to bacteria to pseudomonas, which cause a rash.Well, that's my summer plan ruined.

More like this
Here’s Where The NHS Nurses’ Strike Currently Stands
By Sophie McEvoy
The Secret To Mastering Crow Pose In Yoga
By Carolyn Steber
The 5 Best Insoles For Overpronation & Flat Feet, According To Experts
By Jenny White
The 8 Best Crystals For Meditation, According To A Healing Energy Practitioner & Meditation Teacher
By Lauren Moison
Get Even More From Bustle — Sign Up For The Newsletter
From hair trends to relationship advice, our daily newsletter has everything you need to sound like a person who’s on TikTok, even if you aren’t.