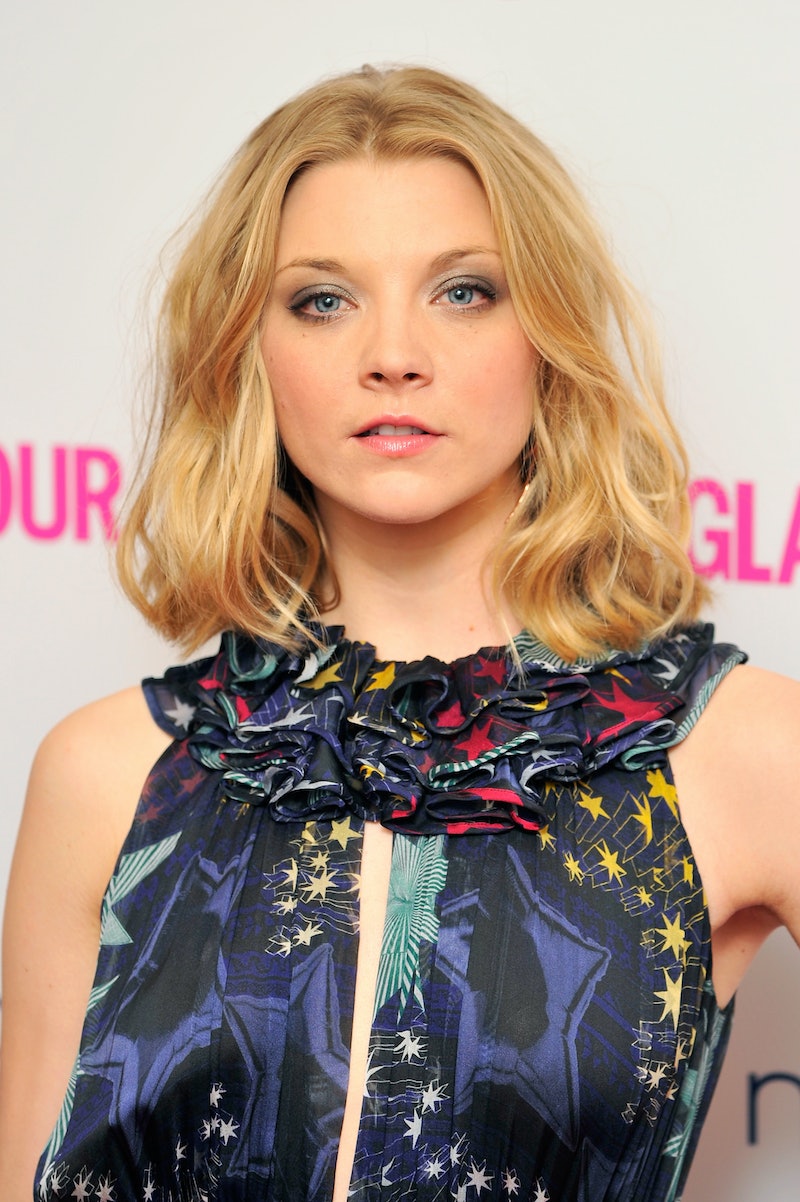 You probably didn't need any further proof that the casting department of Game of Thrones is totally genius, but just in case you needed some, or you felt like having your mind blown, here's some for ya. Natalie Dormer (Margaery Tyrell) looks like she's related to her on-screen grandma, Diana Rigg (Olenna Tyrell). It may be tough to see at first, with Olenna's headdress to end all headdresses, but when you put the present-day Dormer next to a young Rigg, there's such a striking resemblance. You might even go so far as to say, "YUP. They totally have the same genes!" Now that, my fellow Westeros fans, is excellent casting.

Another picture of a Natalie Dormer look-alike recently surfaced on the Internet (Natalie Dormer: Viral Sensation) except in that pic, we discovered that she bore a striking resemblance to the Space Jam vixen, Lola Bunny. So does that mean that a young Diana Rigg looks like Lola Bunny, too? Even if that's the case, I think we'll be okay if we spare Ms. Rigg the Space Jam comparisons, and just focus on how she kills it as the feisty Queen of Thorns — who, in addition to being one of the most badass grandmas ever, should get a solo spinoff series called Only Olenna! (Or a musical, given the exclamation mark.)

Anyhow, take a look at the resemblance.