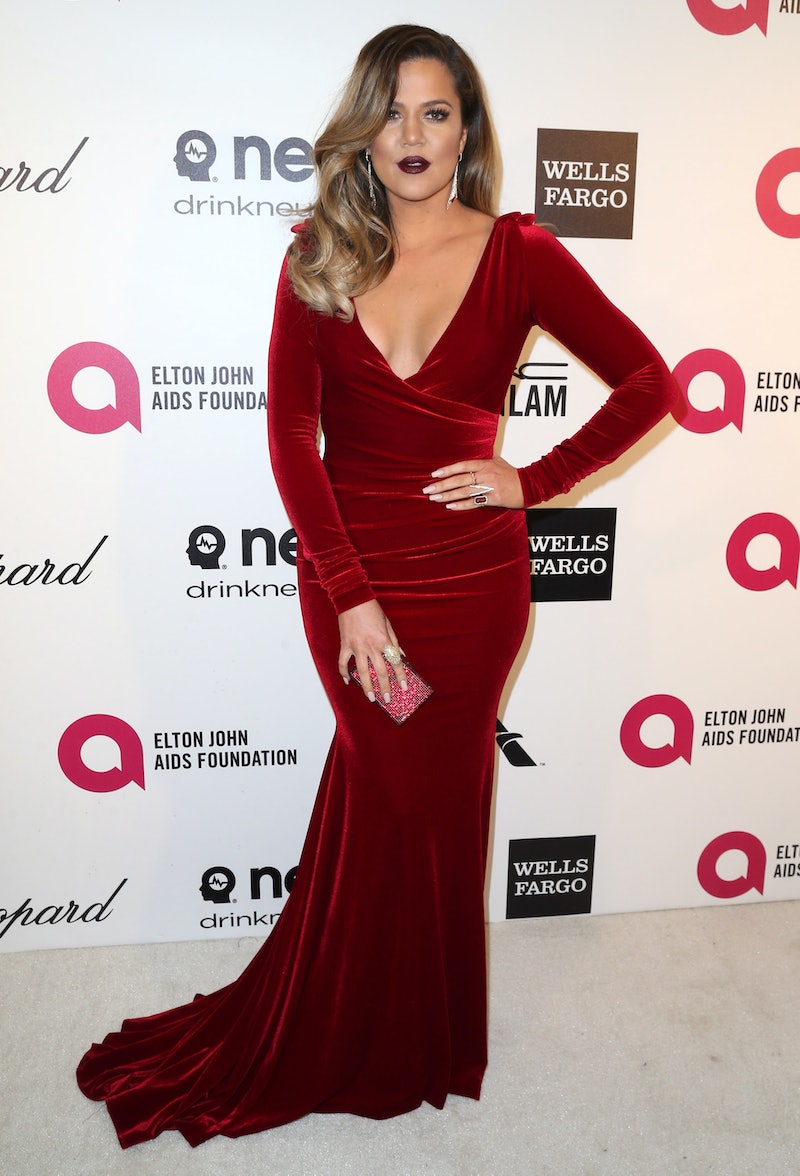 It's hard to believe the witty and unfiltered middle child of the Kardashian sister is officially out of her twenties, but it's true, Khloe Kardashian is 30! Happy Birthday, Khloe! It seems like only yesterday that we were introduced to the 23-year-old firecracker in the premiere of Keeping Up with the Kardashians. But, major time check — the reality show to end all reality shows debuted a whopping seven years ago. Seven. Yes, you are old.

Over the seven years we've "known" Khloe, we got to understand some things about her. First, she's undoubtedly the comedic relief of the drama-filled show. Second, she doesn't take herself too seriously in spite of her fame. And lastly, she's often the voice of reason among a constant gaggle of thoughts and opinions, which is a feat in a family of eight-plus. If we're being completely honest, Khloe is totally our favorite of the Kardashian-Jenner clan. There, we said it. There's just something endearing about someone who can laugh at themselves and maintain their good humor throughout scandals, personal tragedies, and an endless onslaught of vicious rumors.

In honor of the zaniest Kardashian's major milestone, we thought we'd recall her 30 funniest on-screen moments. Check them out below:

1. WHEN SHE SAID WHAT WE WERE REALLY THINKING

2. WHEN SHE WASN'T AFRAID TO ASSERT HER SEXUAL PROWESS

3. ...AND INSISTED HER SISTERS DID THE SAME

4. WHEN SHE TURNED A PERSONAL INSULT INTO A NEW FUN PHRASE

7. THE TIME SHE PHYSICALLY RESTRAINED KOURTNEY SO SHE WOULDN'T CALL SCOTT

8. WHEN SHE PUBLICLY HUMILIATED KOURTNEY AFTER A DENTIST APPOINTMENT

9. WHEN SHE CHANNELED BETTE MIDLER

10. WHEN SHE INTERVIEWED BOB SAGET

11. WHEN SHE WAS APPRECIATIVE OF ALL KIM'S ASSETS

12. WHEN SHE AND KOURTNEY PULLED A TOTAL MEAN GIRLS MOVE ON KIM

13. WHEN SHE REFUSED TO BE SLUT SHAMED

14. WHEN SHE SHOWED KYLIE WHO'S BOSS

15. WHEN SHE GOT REALLY DESCRIPTIVE

16. WHEN SHE FELT EMPOWERED

17. THAT TIME SHE WAS ODDLY PROFOUND

18. WHEN SHE GOT RELIGIOUS

19. WHEN WE WANTED HER TO BE OUR LIFE COACH

20. THAT TIME SHE OFFERED UP AN EXPERT SHIMMY

21. WHEN SHE NONCHALANTLY READ A HATE EMAIL SENT BY KIM

22. ...AND CALMLY EXPLAINED HER CRIME

23. THAT TIME SHE SUFFERED FROM BOOTY PROBLEMS

24. WHEN SHE ADMIRED KOURTNEY'S PREGNANCY BOOBS

25. WHEN SHE WAS THE CUTEST AUNT EVER

27. THAT TIME SHE TOOK A BEATING FROM KIM WITH SHEER GRACE

28. WHEN SHE WAS CERTAIN ABOUT BATH SALTS

29. WHEN SHE WAS UNIMPRESSED WITH KRIS

30. THAT TIME SHE WAS THE COOLEST (WHICH IS ALWAYS)