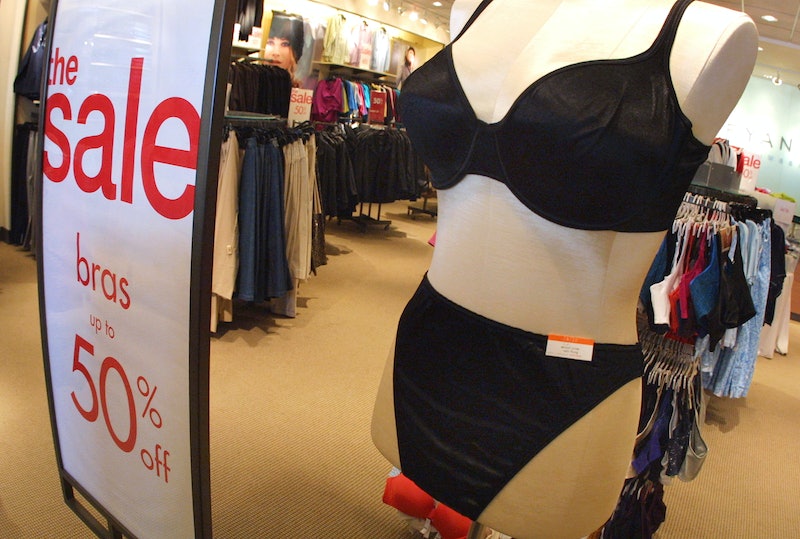 In December 2012, the brutal gang rape of a 23-year-old student threw India into turmoil. Activist groups across the country sprung to action, imploring India's government to crack down on the country's increasingly high-profile rape epidemic. Meanwhile, aeronautical engineer Manisha Mohan, 24, took matters into her own hands, creating a bra in India that delivers an electric shock to attackers. Mohan debuted the Society Harnessing Equipment (SHE) in April.

The bra delivers an electric shock to attackers strong enough to cause severe burns, protecting the victim from any of the electricity. Mohan developed the bra with the capabilities and sensitivity to shock when it is squeezed forcefully, so sharing a hug or embrace wouldn't be enough to trigger the voltage. The bra is also equipped with GPS technology that delivers a text message with the victim's location to authorities and relatives.

The bra's inclusion in an Indian presidential exhibit, alongside some of India's top inventors and thinkers, is hopefully a sign that India's government is starting to take the widespread rape in the country seriously. While the Delhi gang rape is one of the country's most well-documented acts of violence against women, it is not an isolated incident. Last week, the UN condemned Indian officials for a failure to properly fight sexual violence, the criticism stemming from the two teenage girls were gang-raped and hung from a tree in Uttar Pradesh last month.

“There has been a dereliction of duty in relation to rape cases,” Benyam Mezmur, deputy chairman of the UN Committee on the Rights of the Child, told Agence France-Presse.

And though there is no shortage of violent crimes that have grabbed international headlines, the problem is much more pervasive. According to the Indian government, a woman is raped in India every 22 minutes.

But while the government has remained largely stagnant, Indian women have been proactive in fighting for their rights outside of legislation. Students Diksha Pathak, 21, and Anjali Srivastava, 23, designed jeans equipped with a small electronic button that sends a distress signal to police stations when pressed.

During her innovator's residence, Mohan will have the opportunity to present her "shocking" bra to India's President Mukherjee. Let's hope the fact that electrified lingerie has become a necessity will properly highlight the need for legislative action for India's rape crisis.