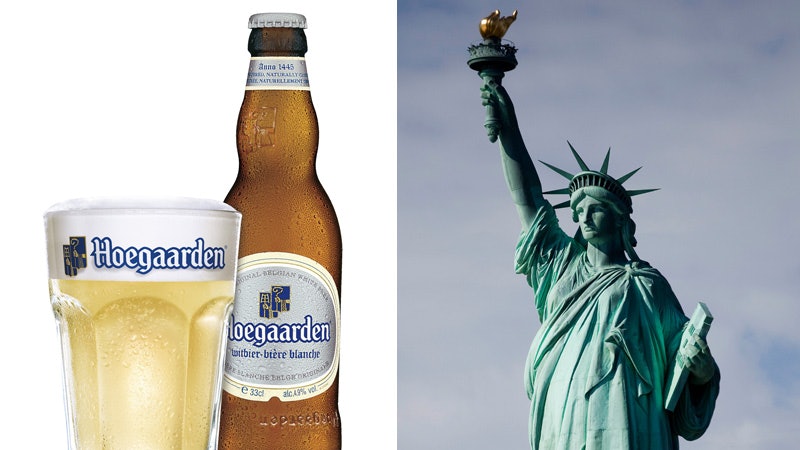 On Tuesday, the U.S. will play its first World Cup game in the Round of 16, edging closer to the more formidable opponents in this year's World Cup. The U.S. national soccer team will play Belgium in our first knock-out match, with all of the cards on the table and the winner advancing to the next round. Sure, Belgium may be the "dark horse" of the Cup, but in true American patriotism (ahem, competitiveness), we present to you some off-the-pitch scenarios that'll let you know where we stand against our upcoming opponent.

Belgium is a Western European country and home to 11 million people. It became an independent nation in 1830 when it split from the Netherlands. There are three official languages: French, Dutch, and a small pocket of German-speaking Belgians. It is a founding member of the European Union and host to its world headquarters, along with NATO's.

The United States: an overview

July 4 is on its way, so you'll remember how we got here (hint: 1776). The United States is the largest country in North America, with a population of 318 million. It was officially recognized as a free country in 1783. There is no official language, but English is primarily spoken.

OK, now to the important stuff.

Prime Minister Elio Di Rupo already threw his team into the gauntlet on the beer front, betting "fine Belgian beers" that his country would emerge victorious. As of this writing, Obama hasn't gotten back to him. Belgium has some serious beers with historically high alcohol content, so it's not a bad wager to make. And Belgians take their beer drinkin' seriously. On average, they drink 150 liters (around 40 gallons) of beer per person a year. But surely the United States could offer up something from its $100 billion beer market.

Belgium's International Airport is the top selling point for chocolate in the world, for all of the travelers who went to the chocolate mecca and forgot to bring something back for the plebes. According to data released in 2011, Belgians ate an average of 5.3 kilograms of chocolate per year, compared to the United States' 4.6.

Belgium was one of the first countries to establish a legal distinction between marijuana possession for personal use and other drug-related crimes. But adults can carry up to three grams of marijuana legally. While cannabis is still illegal at the federal level in the U.S., you can trip on over to Washington and Colorado for some high times. Just don't take Maureen Dowd.

Belgium legalized same-sex marriage in 2003. The U.S. didn't strike down its law banning federal recognition of gay marriage of gay marriage until June 26, 2013. But hey, we're trying to catch up!

In the United States, federal income tax ranged anywhere from 10 percent to, at the highest bracket, 39.6 percent. Belgium's income tax is one of the highest in the world, weighing in at a whopping 59.2 percent.

So, there you have it. If you like getting high and nomming chocolate, yell "ALLEZ" for Belgium. But, if you're a red-blooded American who's okay with lower taxes and beer alcohol content, grill up a hot dog or four; because remember, Americans are some of the most obese in the world.