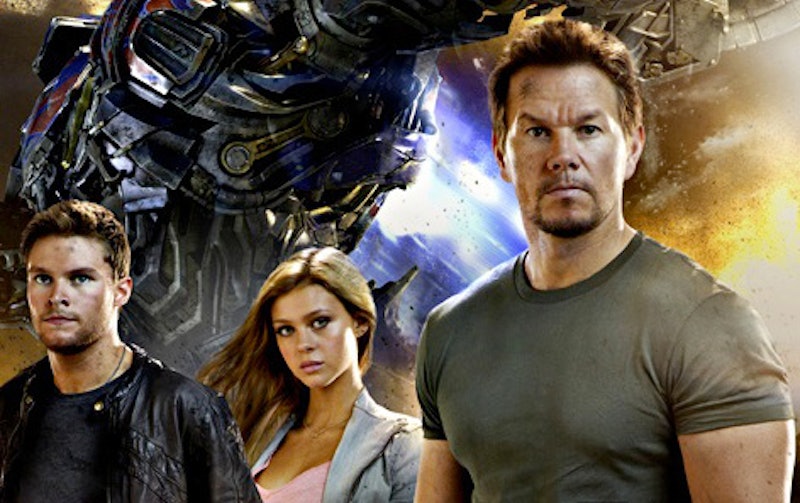 Though it's performing well at the box office, Michael Bay's latest robotic installment, Transformers: Age of Extinction, has been torn apart by critics. Though they didn't seem to have fun at the film, they really seem to be enjoying their reviews. It's frankly pretty comical to see all the ways they choose to dis the film's script, product placement, treatment of its female characters, etc. Whether or not you enjoyed (or saw) Transformers: Age of Extinction, you'll probably get a kick out of these reviews.

"Sitting in the theater, watching the end credits roll on Transformers: Age of Extinction, I was certain of two things: 1. That I'd just witnessed the stupidest movie of the year; and 2. It will make a billion dollars." – Chris Nashawaty, Entertainment Weekly

"I sincerely enjoyed the Transformer who was literally branded by Oreo.‪ I also appreciated when Mark Wahlberg stopped in the middle of the final battle to drink a Bud Light, because that battle really did need something to break it up." – Forrest Wickman, Slate

"Enduring the longest, loudest, laziest entry in the franchise takes the Zen calm of someone who needs nothing more from a day at the movies than a jumbo popcorn. It begins with thrilling stupidity, the 65-million-years-late revelation that the dinosaurs were murdered by evil cheeseburger-shaped spaceships from a civilization that built their own car-shaped society from their bones, the literalization of fossil fuels. From there, Age of Extinction gets even more moronic and metaphorical." – Amy Nicholson, LA Weekly

"As with previous installments of the franchise, Transformers: Age of Extinction misses very few opportunities to be dumber than it has any need to be." – Christopher Orr, The Atlantic

"Reviewing a Transformers movie is a bit like reviewing a toy. In fact, it’s exactly like reviewing a toy. I thought this 3-D Hasbro-Paramount production was better than the other three, but maybe that’s because I’ve been pounded into submission. Who can really differentiate between these films anyway? In the end, they all devolve (evolve?) into clashing, clanging bots." – Peter Rainer, Christian Science Monitor

"Ehren Kruger is credited with the screenplay, and if I were him, I’d have gone with a pseudonym — say, Optimus Prime. The kindest thing I can say about the script is that it’s incoherent." – David Edelstein, Vulture

"Extinction really does seem to take an age in this film, its running time distended to a lumbering 144 minutes by Bay’s love of check-out-my-shot slow-motion, so we catch the exact angle with which the Transformers pirouette through the air, and the exact number of inches by which they fail to miss an overhead bridge, and the precise scatter-pattern of cratering masonry that results." – Tom Shone, The Guardian