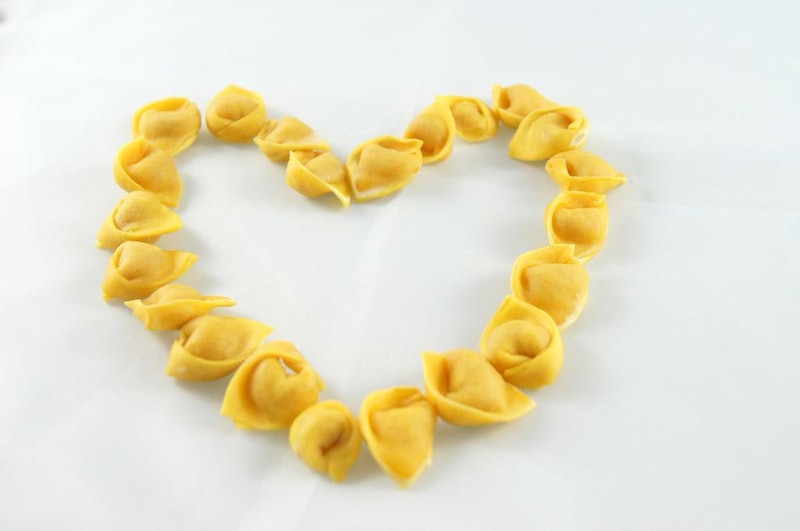 “Is butter a carb?” Regina George famously asked Cady Heron during her all-carb diet in Mean Girls . Cady had convinced Regina that certain Swedish “diet” bars would burn up all the carbs she ate, making Regina’s question and Cady’s deadpan, “Yes,” in response one of the funniest parts of the whole movie.

Carbs have become such dietary bogeyman that we're afraid they could be lurking anywhere. Myths about which are "good" and "bad" abound.

So let’s set the record straight on carbohydrates and why, although you shouldn’t go on an all carb diet, you definitely shouldn’t go on a no carb diet either. Here are seven reasons not to be afraid of carbs:

1. Carbs Can Make You Happy

Researchers have reason to believe that carbohydrates promote production of serotonin, the “feel-good” chemical in your brain. In fact, a study published in the Archives of Internal Medicine found that people who followed a diet very low in carbs for a year — the equivalent of just 1⁄2 a cup of rice and one piece of bread per day — experienced more depression, anxiety and anger than those who were assigned to a low-fat, high-carb diet, the focus of which was low-fat dairy, whole grains, fruit and beans.

2. Carbs Are Your Only Way to Get Fiber Through Food

There is only one way for your body to get fiber without taking it as a supplement, and that’s to eat foods that contain fiber – plant foods. And the Institute of Medicine of the National Academies recommends that people focus on getting more carbs with fiber into their diet] (and that adults should get 45 percent to 65 percent of their calories from carbohydrates to begin with). If you tend to fear breads and pastas, there's good news: Fruits and vegetables are packed with fiber and are also quality carbohydrates. That's right, vegetables are carbs! So no one's telling you you have to down a plate of pasta. Start with apples, berries, leafy greens, and beans, all of which have a host of other nutrients that benefit your body.

3. Carbs Can Help You Balance Your Weight

A study conducted by researchers at Brigham Young University followed the eating habits of middle-aged women for nearly two years and found that participants who increased their fiber intake generally lost weight. Women who decreased the fiber in their diets, however, gained weight. Carbohydrates contain dietary fiber, which is actually “an indigestible complex carbohydrate” that fills you up and aids digestion. More carbs = more fiber = balanced weight.

Research supports the fact that increasing your soluble-fiber intake (a type of fiber found in foods like oatmeal and beans) by 5 to 10 grams every day could result in a 5 percent drop in LDL or “bad” cholesterol. Additionally, people who eat more whole grains tend to have lower LDL or "bad" cholesterol and higher HDL or “good” cholesterol.

According to research presented in the Journal of Nutrition, switching out refined carbs for whole grains could help reduce your total body fat. In the study, adults who ate about three servings of whole grains a day had around 2.4 percent less body fat and 3.6 percent less abdominal fat than those who ate less than ¼ a serving a day.

6. Carbs Will Keep You Sharp As a Tack

A study, conducted by Tufts University, found a correlation between poor working memory (i.e., why did I go upstairs?) and visuospatial memory (remembering where a location is on a map) and low-carbohydrate diets. The study asked overweight women to completely eliminate carbohydrates from their diets for a week, then take tests focused on these types of memory. They didn't perform as well on the tests as their counterparts who followed a “low-calorie” diet based on American Dietetic Association guidelines, which didn't focus on limiting carb intake.

A study in the Journal of Nutrition found that eating a breakfast composed of “slow-release” carbohydrates, like oatmeal and bran cereals, three hours before exercising could help you burn more fat during your workout. The reasoning is that “slow-release” carbohydrates don’t give you as high a spike in blood sugar as eating refined carbohydrates like white toast. Additionally, the study found that insulin levels didn’t spike as high either, and because insulin plays a significant role in telling your body when to store fat, having lower levels could help you to trim fat.