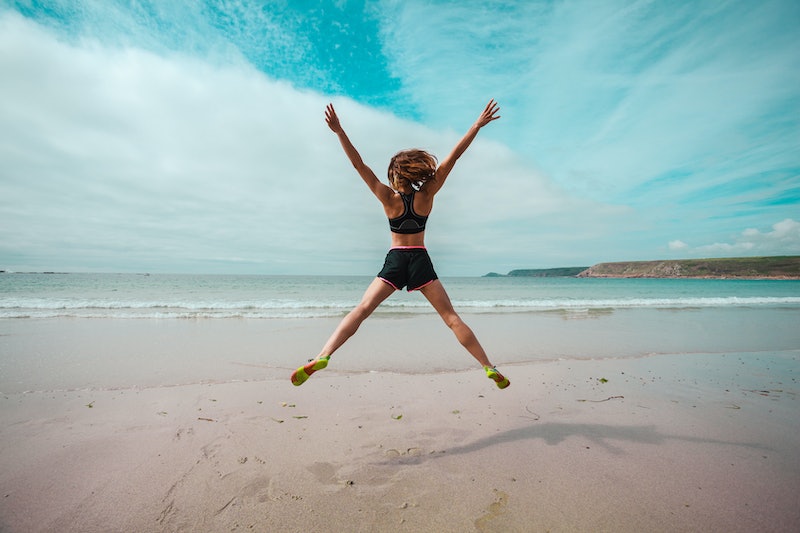 Fat is part of your body; it's just a fact. No matter how big or small you are, it's there, and there's not a lot you can do about it, nor should you. After all, fat itself isn't bad. It’s something your body desperately needs to complete its basic functions everyday.

Part of the reason we're scared of “fat” is the negative associations we've all been conditioned to have with the word. We tend to think of a derogatory adjective even when we’re talking about a harmless noun.

So let’s talk about that noun and why you should reevaluate the way you think of fat.

1. Once You Are An Adult, The Number of Fat Cells You Have Is Set

The cycle of creation and destruction of fat cells is a constant in everyone, but in general, the body tends to remain below a “fixed” limit of fat cells, the number of which is set during our teens. That is why the prevention of childhood obesity is so important.

Use this fact as a way to get rid of any unrealistic and unhealthy expectations you have set for yourself. Realize that nothing you do will ever get rid of all the fat cells in your body, and if it did, that would be a really bad thing.

One exception is that prolonged overeating in adulthood can occasionally push you over your limit. If you find yourself engaging in unhealthy binge behavior, seek help from a medical professional to keep your body at equilibrium.

2. Liposuction Is Not the Savior It’s Proclaimed to Be

Did you know that liposuction is the most common cosmetic surgery in the whole world? And that is really sad when you find out that it doesn’t have lasting effects.

Removing the giant sum of 20 percent of your total body fat will definitely make you “smaller,” but it doesn’t 1) improve your body’s insulin sensitivity or 2) reduce your risk for cardiovascular disease.

And studies have shown that unless liposuction patients take the necessary steps to live healthier lives, the removed fat mass will come crawling back within one year.

3. Fat May Actually Boost Your Metabolism

That’s right. Fat can help you get rid of fat.

One study performed on mice showed that transplanting the fat from beneath the skin (or "subcutaneous" fat) and placing it around internal organs can actually reduce the total amount of fat in your body and balance out your glucose levels. More research is necessary to find out exactly how and why. But that is definitely food for thought.

4. Your Doctor is More Worried About The Fat You Can’t See

The parts of your tummy you poke at and the sections of your upper arms you squeeze may bother you, but it’s the “visceral fat” deep down that actually counts. In a bad way.

The fat that lies right beneath our skin, “subcutaneous fat,” is merely an insulator, a cushion, and a storage unit for energy. But that visceral fat, deep within your abdomen, fills in the spaces between your organs and pumps out chemicals that can actually increase your risk of cardiovascular disease, hypertension and diabetes.

So what do we do about something we can’t see? Lucky for us, visceral fat can be chipped away through losing weight in a controlled, healthy way, including a balanced diet and aerobics and strength training. But you have to really make it count, as that stubborn fat will not respond to spot training alone.

Tip: If you're a pear-shaped gal, most of your body fat is subcutaneous. But if you have an appleshaped body, a larger portion of your fat is visceral.

5. Exercise Can Change The Way Your Fat Cells Behave Themselves

The amount of fat your body carries is partially predetermined by your genetics, but research done at the Lund University Diabetes Centre in Sweden found that exercise can actually play a part in turning on and off specific genes having to do with fat storage.

These researchers sucked fat cells out of dozens of healthy but sedentary Swedish men and then held the men to a six-month regimen of spinning or aerobics classes two times a week. At the end of the study, the men had dropped weight and were healthier.

But moreover, using technology that analyzes the genome, they could see that epigenetic changes had taken place in 7,000 genes, including those genes linked to type 2 diabetes and obesity, as well as changes in fat storage in fat cells.