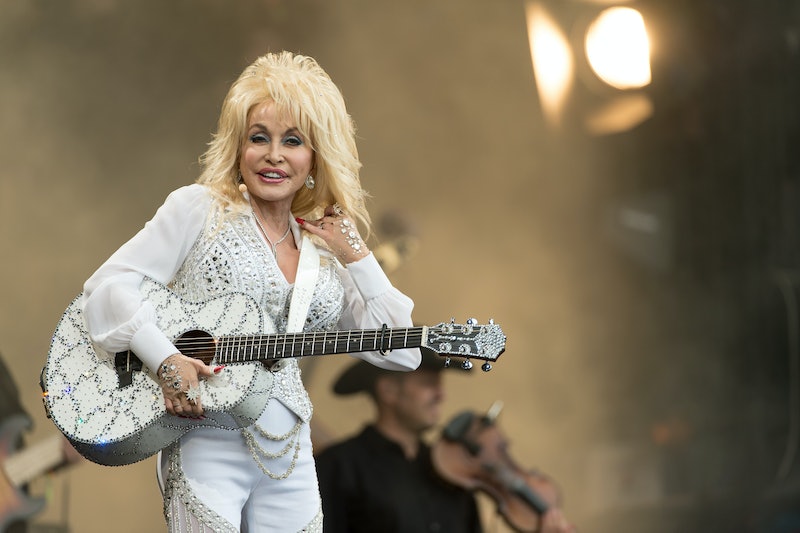 If you needed any proof that Dolly Parton will continue to have that "it" factor until the day she dies (and long after), let the facts speak for themselves: The 68-year-old Dolly Parton played a set at Glastonbury Sunday and it drew a huger audience than the shows for Arcade Fire and Metallica, the headliners for Friday and Saturday.

Parton's performance rocked the UK music festival, to the point that The Guardian's Neil McCormick called her "the undisputed queen of Glastonbury." If you watch her performance (the full set is below, because the Internet is mighty and kind) you'll see that that was indeed the case. She bantered, she charmed, and she busted out pretty much every classic Dolly tune you could have asked of her. It was a nice reminder that, yes, Dolly Parton is still cooler than you, and she always will be. As McCormick continued:

It may have been a festival bill full of uncompromising rock bands but it was a veteran country and western star who stole the show.

As Gary Kemp wrote on twitter, "Watched Dolly and found myself covered in goosebumps, voice all choked. THAT’S what music is about. Best performance at #Glastonbury so far."

There was a tiny bit of controversy by people not at the festival claiming the stream made it seem Parton was miming/lip syncing her performance, but British national treasure Stephen Fry cleared that right up while declaring his love for Parton:

You can watch the full performance right here: