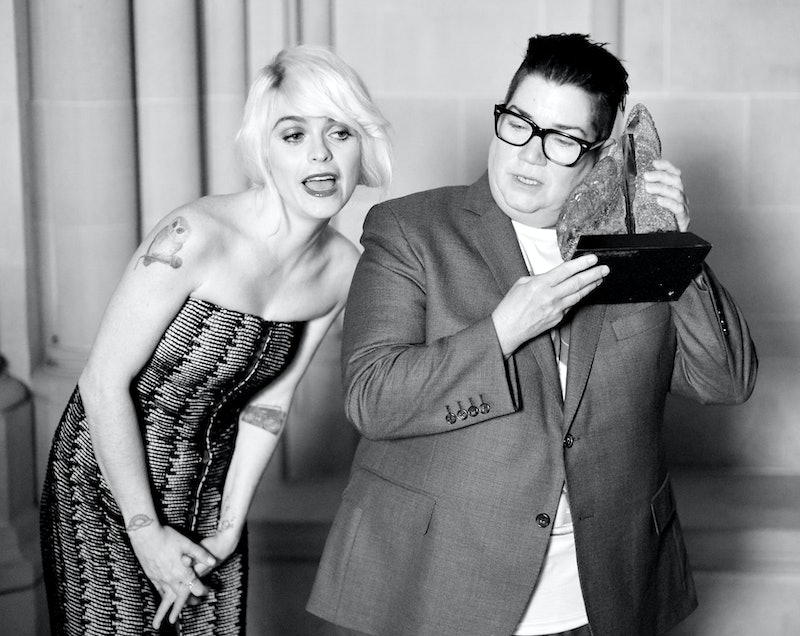 Orange Is the New Black is a show stocked full of what seems to be entirely breakout, amazing supporting characters. That can make it a little hard to really say with conviction that any one character is a breakout above the rest. But some are more memorable and oft-referenced than others, and one of those OITNB faves is Pennsatucky, the Jesus-loving hillbilly with a complicated teeth situation. And Pennsatucky's portrayer, Taryn Manning, would like us to know that she and her character overlap in no way but facial similarity.

As Manning told Us Weekly, specifically referring to her character's legendary aversion to the LGBT:

I have about five [gay best friends]. I think most of my friends are gay men. I'm just so drawn to [gay] guys, [gay] guys rule and that's why I'm nothing like my character on Orange Is the New Black. [...] I think some people who are small-minded associate me with that character. There's a lot of conflict in playing her sometimes because that's so not me. She's prejudiced and so anti-gay.

[Spoiler alert for the final episodes of OITNB Season 2] Pennsatucky does lose a small amount of her homophobia in the second season when she becomes friends with Big Boo and takes on the "gay agenda" as her own (long story) — but only a tiny bit. It's nice to hear Taryn Manning doesn't hate the gays. If she did we'd suggest she move to another show/another planet.