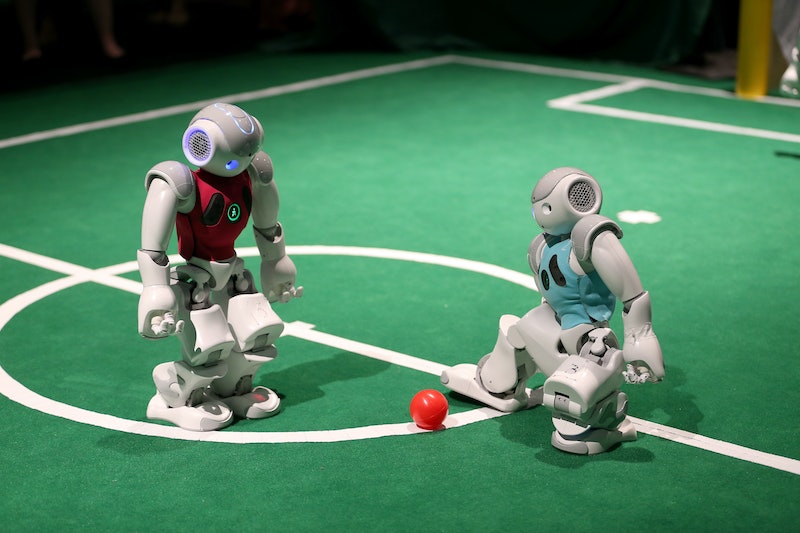 Predicting the future is tricky business. It’s hard enough to anticipate what you’ll be doing next week, let alone a year from now. And while attempting to project decades into the future is damn-near impossible, plenty of people attempt to do so on the regular regardless. They’re called futurists, and it’s their job to predict what the world will look like in hundreds of years from now and beyond.

Many predictions are comically off-base: The New York Times’ proclaimed in 1920 that “a rocket will never be able to leave the Earth’s atmosphere,” while Variety insisted in 1955 that rock and roll was merely a fad, and would “be gone by June.” But sometimes, futurists are on-point: Roger Ebert basically foresaw Netflix in 1987, while Google engineering director Ray Kurzweil has correctly predicted enough technological developments to fill a book.

Keeping the varying accuracy of predictions in mind, we wondered what today’s futurists had to say.

1. The world population will be over 9 billion. Disease will be more common, as everybody will be physically closer to everyone else, and chronic food shortages may be the norm (although this has been debated).

2.We'll also have to start cutting down on our energy consumption: If humankind continues to use energy at the rate it does now, and population growth follows expected trends, we will need the equivalent of three earths to support ourselves by 2050. Which is, obviously, impossible.

3. As far as global warming goes, the Dead Sea will be almost completely dried up, nearly half of the Amazon rainforest will have been deforested, wildfires will spread like, umm, wildfire, and the polar ice caps will be only 60 percent the size they are now.

5. The majority of people will live in cities, which will be increasingly more integrated with nature and plants. It’ll be standard procedure for skyscrapers to have parks and sky gardens, for example, and buildings will be covered in vegetation designed to filter out pollutants and retain CO2.

6. Wars will involve not only land and sea, but space. Moon bases will play a crucial role in global conflicts; because the moon is essentially a massive plot of undeveloped land over which nobody has legal ownership. These bases will serve both to defend against attacks from other nations and to launch offensives.

7. Whites will be a minority in the United States. The U.S. population will be around 47 percent White, 29 percent Hispanic, 13 percent African-American, and six percent Asian by 2050.

8. Superhurricanes will become a regular occurrence, which will eventually lead to the permanent abandonment of New Orleans, Houston, and other cities on the Gulf Coast.

9. Equally terrifying, there will be a nationwide wine crisis in the U.S. as climate change renders traditional vine-producing areas unsuitable for grape production.

10. Air travel will be exponentially more awesome. When flights are under-booked, the seats will automatically shift and rearrange themselves to provide maximum comfort and space for travelers. Transparent walls will flood the cabin with natural light, and best of all, you’ll be able to get anywhere on the planet in under two and a half hours.

11. Shower heads will automatically adjust their height, water flow and temperature depending on who’s using them.

12. Robots that walk around and do stuff will be more common. They'll be deployed for mundane chores as well as dangerous tasks normally undertaken by humans (for example, clean-up at a disaster site), but the possibilities are really endless. For example, if you want to check out the conditions of an Irish hostel before booking a room, you might rent out a robot in Dublin and have it do the legwork for you, controlling it from your living room and receiving live video and audio from the walk around.

(Whether they’ll develop consciousness and start acting like Robin Williams is uncertain.)

13. We'll start incorporating nanotechnology into our bodies. For example, a device in your head might eliminate the need for a computer screen by projecting images (from a Skype meeting, a video game, or whatever) directly into your field of vision from within. In other words, we’ll really start to become androids.

14. Also, say goodbye to grocery shopping! Refrigerators will be seamlessly integrated with online supermarkets, so a new tub of peanut butter will be on its way to your door before you even finish the last one.

15. Going into the doctor for a checkup will no longer be necessary. You’ll simply run a scanner over your body, and the results will be forwarded to a health network. (This actually exists now in a more cumbersome form, but as with any technology, it will become smaller and more affordable over time.)

16. Advances in holographic and nanotechnology will make teleconferencing much more realistic: Rather than jumping on a Skype call, you might meet with a virtual hologram of your boss in your living room. As such, telecommuting will become far more common.

17. Tobacco use, which has been declining since the 1960s, will be almost entirely a thing of the past.

18. Hillary Clinton’s grandchild will be about the right age to run for president.

19. And finally, this much we can definitely predict: We senior citizens will be nostalgic for the old-fashioned romanticism of this classic ballad.

More like this
What Is The Forest Personality Test? The TikTok Trend, Explained
By Georgina Lawton
Kim Kardashian Is Releasing A Line Of Earbuds With Beats
By Alexis Morillo
Why Experts Say Sleeping With A Fan On Isn’t Totally Risk-Free
By Sophie McEvoy
The 12 Best Road Trip Accessories
By Megan Gray
Get Even More From Bustle — Sign Up For The Newsletter