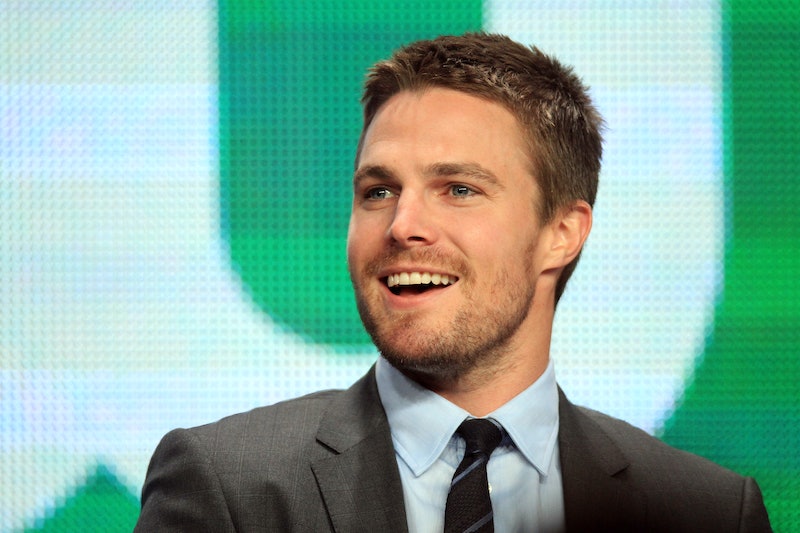 It’s been well over a month since the action-packed Season 2 finale and already we’re getting impatient for Arrow 's Season 3 premiere. Now that The CW has released its fall TV premiere schedule, we know that won’t happen until Oct. 8 (boo! hiss!). Not to be overly dramatic but THAT IS SUCH A LONG TIME FROM NOW! Seriously, though — that’s more than three months away, which in dog years is like 21 months away. (That’s totally how that works, right?) You just can’t beat logic like that.

But fear not, fellow Arrow-ians (which should definitely be our official fandom name) because our favorite hooded vigilante Stephen Amell is here to save us from our TV torment by providing us with the greatest weapon at his disposal: Instagram. That’s right, this six-pack superhero is quite active on social media these days, uploading everything from adorable pictures with his daughter to exciting stunt moves on set. Not only does this offer up a pretty amazing distraction from our Starling City woes, but it also reinforces just how awesome this actor really is (not that we had any doubts, of course).

Sure, the series may be on hiatus, but Amell’s Instagram efforts are more than enough to hold us through until October. But don’t just take our word for it. See for yourself with some of his best Instagrams.

Defying logic and gravity are all in a day's work.

It's hard to say who's enjoying this moment more: Amell or Jared Padalecki. Oh, to be a fly on that wall. (Loving the scruff, by the way.)

We can only imagine what this is for…

This is what happens when you take your work home with you.

Amell's caption says it best: "SUNS OUT GUNS OUT!!!" Best daddy-daughter photo ever? We think so!