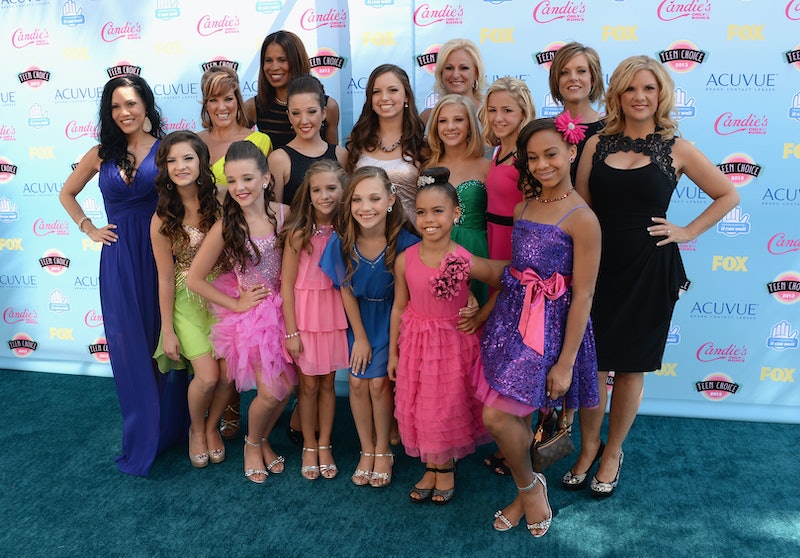 This pint-sized dancer is getting a Dance Moms spinoff — and no, it isn't Maddie Ziegler. According to Deadline, Asia Monet Ray is getting her own docuseries on Lifetime, which will premiere on July 29 and feature 14 half hour-long episodes. The show, titled Raising Asia, will chronicle the eight-year-old dancer's home life, with a focus on her rise to fame. Asia, who starred on Season 3 of Dance Moms, was discovered via YouTube and selected to appear on Abby Lee's Lifetime reality show, Abby Lee's Ultimate Dance Competition. Later, she joined the cast of Dance Moms to dance full-time with the Abby Lee Dance Company. Let's hope that Asia's new docuseries features plenty of dance numbers, because girl can move.

Though Asia only appeared as a series regular on Season 3 of Dance Moms (she left the company after the third season and made a single appearance in Season 4) she made a major impression on the audience — and gave show's stars Maddie and Chloe Lukasiak some serious competition for solos. Of course, it's not just Asia's amazing dance moves that make for a great reality show. In addition to Asia's dance career the show will also focus on Asia's "stage mom," Kristie, a former model, and Asia's father Shawn, a bodybuilder and author. After seeing Kristie go head-to-head with Chloe's mom, the other Christy, it's easy to see why these parents would make excellent reality television characters once again.

(Any time someone starts aggressively yelling "Let's go!" you know that they were meant to be on a reality show.)

While a show that focuses on Kristie and Shawn's home life with Asia would be more than entertaining (especially if Kristie has more dance moms to bicker with) I can't help but think that it would be really cool to have Lifetime to put the focus on Asia's accomplishments in the dance world instead. She's already launching a new career as a singer and holding concerts, not to mention continuing her work with the dance world. This eight-year-old is enormously talented and worked insanely hard to get herself to that point — shouldn't she be the more fascinating subject?

Let's hope that Lifetime recognizes the real talent on their new show and focuses on the dance, not the drama.

Oh, who am I kidding. Bring on the drama. All the drama.

More like this
'RHOSLC' Star Jen Shah Refuses To Do A Post-Sentencing Interview With Andy Cohen
By Brad Witter and Jake Viswanath
'Bachelorette' Vet Clare Crawley Unveiled 2 Special Wedding Day Accessories
By Stephanie Topacio Long
Andy Cohen Apologized To Larsa Pippen After A 'RHOM' Season 5 Reunion Dust-Up
By Brad Witter
This 'Bachelor' Contestant Got Back With Her Bachelor Nation Boyfriend After Going Home
By Grace Wehniainen
Get Even More From Bustle — Sign Up For The Newsletter
From hair trends to relationship advice, our daily newsletter has everything you need to sound like a person who’s on TikTok, even if you aren’t.