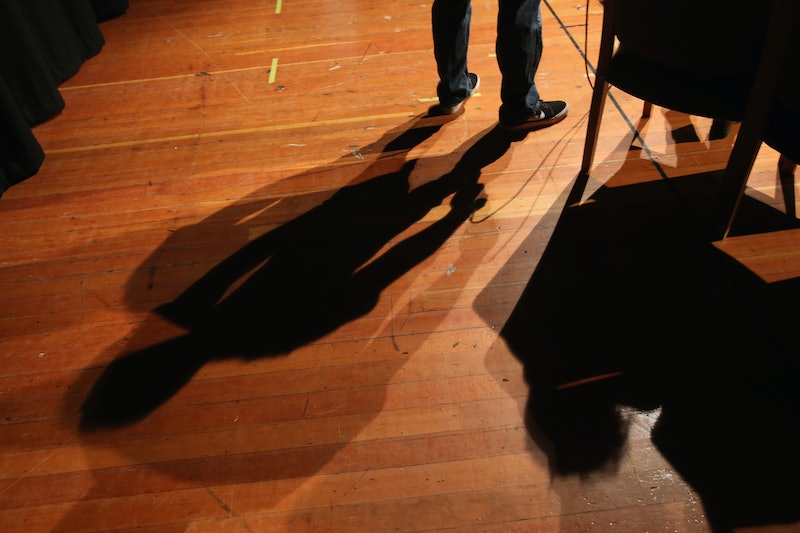 Go Ask Alice was published anonymously in 1971, but in the last two decades, it still lives in the top 25 most frequently banned books, according to the American Library Association. That's stamina.

The novel was promoted as the real life diary of an unknown teenage girl who, readers assume with the abrupt ending, died of a drug overdose as she was writing. It has all the tell-tale signs of a banned book: profanity, frequent drug use, including heroin and LSD, sex, rape, homosexuality, and prostitution. Which, of course, means that it was insanely popular among teens and preteens.

Readers have torn through Go Ask Alice for more than four decades, and it has never been out of print since its release, with several different editions and in many languages.

Why did we love Go Ask Alice?

When I say teens and preteens tore through this book, I'm not talking about the teens that parents would have been worried about. Book-banners like to take Go Ask Alice out of libraries because they think, I assume, that it will teach their children to do drugs, have sex, and disrespect those parents, like the diarist. In my experience, it's not these sex-having, drug-doing teenagers that flocked to the "diary." It was the girls more in the goody-two-shoes spectrum that found vicarious thrills from a safe distance from any danger. And I say that proudly, as one of these preteens myself.

It was exciting, debauched, and it was something that we kind of thought we weren't supposed to be reading. It was like when Beverly Hills 90210 came out in 1990 and we children snuck episodes with our friends. These were the experiences of the cooler older teenagers, we thought. But we weren't partaking. We were observing, enraptured.

Any intention that Go Ask Alice was an anti-drug novel was lost on us, needless to say.

And what about today?

When Go Ask Alice was published, it was what was within the contents of the pages that caused the stir. Now, it's the controversy about the creation of the "diary" that has captured our attention. Though Go Ask Alice is a classic, it's not a good book. Returning to it as an adult feels a bit like you're taking part in a piece of pop culture in the vein of Scared Straight or Reefer Madness. It's so clearly anti-drug propaganda.

And that "anonymous" diarist we all cried for when she suddenly and tragically died? Oh, she never existed. Therapist and Mormon youth counselor Beatrice Sparks couldn't stay out of the limelight when Go Ask Alice was swarmed with publicity. She started making public appearances as the book's "editor." When her name became public, it wasn't long before people did a little digging and found that Sparks was the sole copyright holder of the book, on which she is listed as the author.

It's taken as common knowledge today that Sparks, who died in 2012, wrote this "diary" as a scary warning to teenagers who want to do drugs and take part in risky behavior. Which, honestly, probably should have been more clear to those reading back then.

And let's take a magnifying glass to the text. For instance, one questionable line item is when the narrator does LSD, speed, and other drugs before wondering what pot is like. I'm no expert, but pot came last? Sparks' descriptions of how the narrator feels doing drugs are fairly embarrassing to read as grown-ups. And what teenager not only remembers, but writes this down when she comes down from a drug?

I felt terrible, and finally I couldn’t talk at all and slumped back onto the floor, closed my eyes and the music began to absorb me physically. I could smell it and touch it and feel it as well as hear it. Never had anything ever been so beautiful. I was a part of every single instrument, literally a part. Each note had a character, shape and color all its very own and seemed to be entirely separate from the rest of the score so that I could consider its relationship to the whole composition, before the next note sounded.

We were all so easily fooled. But as preteens, this read like more of a wonderful experience than an anti-drug campaign.

Writer Linda Goldberg also addresses the speed at which, who she called "Alice," but is the never-named narrator, falls into being essentially a druggie:

In the book, 15 year old Alice unknowingly is dosed with LSD at a party, and within ten days is shooting speed intravenously. This trend continues, when Alice smokes marijuana for the first time, and 20 pages later is shooting heroin.

By now the controversy surrounding Sparks lingers more so than the actual context of the book, which is fine, because in the end, the book wasn't that great and presents a fairly ridiculous account of straying onto the wrong path of life. There are plenty of books that might get you the thrills Go Ask Alice did, but are better written and without agenda.

If you liked (or wanted to like) Go Ask Alice, try reading...

1. Dear Nobody: The True Diary of Mary Rose

Go Ask Alice was a fake, but Dear Nobody is an actual, legitimate (unless someone finds otherwise) reproduced diary of a teenage girl. Mary Rose does have problems with addiction, but she also encounters bullying and other true-to-life elements of the high school experience.

Just about anything by Ellen Hopkins will fit the bill for a raw account of addiction or drugs. Crank focuses on the relationship between a teenage girl and crystal meth, which is based on Hopkins' own daughter.

Cut is an unflinching account of a teenage girl who has a cutting disorder and who finds herself at a treatment facility where she encounters many more girls, who all have secrets and struggles of their own.