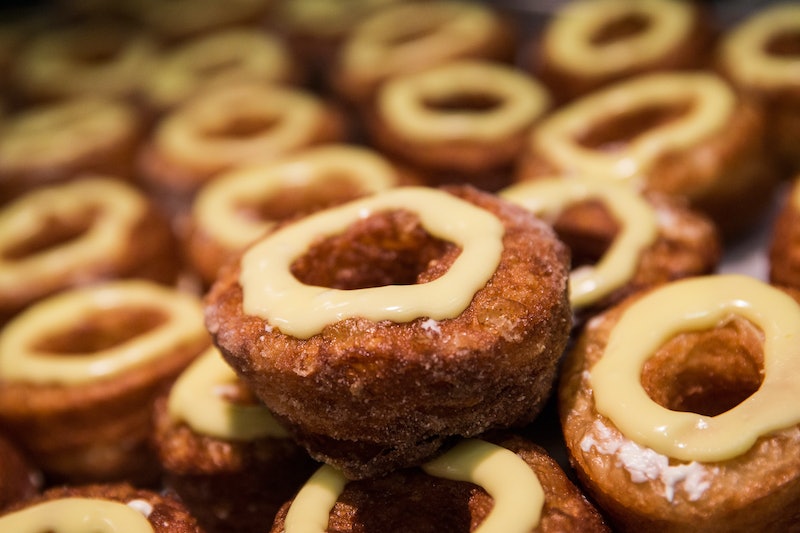 It took a while, but gluten-avoiders everywhere can rejoice.

Almost a decade after Congress instructed the FDA to set stern regulations for what could be designated as "gluten-free," on Friday, the FDA officially limited the percentage of gluten allowed in "gluten-free" products. Now, unless there's twenty parts of gluten per million or less in a food, it can't claim to be g-free.

So what exactly is gluten? When you process wheat, rye, or barley, your end result will contain gluten. It appears in most things that are good about the world: pasta, bread, cereal, cookies, muffins, beer... there's a full list here, but we warn you: you'll wince.

Celiac disease sufferers are totally intolerant to gluten, and eating it can damage their intestines, not to mention make them more susceptible to a host of other diseases: cancer, osteoporosis, and gastrointestinal issues. The intolerance is also becoming more common — four times more people can't handle gluten than in the 1950s. Additionally, 18 million Americans are "gluten sensitive," meaning that eating it can end in headaches, joint pain, and fatigue.

Celiac disease sufferers, along with those who have allergies or sensitivities to gluten, have been pushing to regulate "gluten-free" products for years. Gluten-free fad diets have also become popular, prompting a boom of "gluten-free" food on the market — even though experts say that it does almost nothing for weight loss.

The trouble was, until now, retailers didn't actually have to rob the food of its gluten to sell it that way. Going gluten-free — whether by choice or by necessity — has until now been a Russian roulette of how much gluten you'd actually end up with.

The director of Center for Celiac Research, Alessio Fasano, told the Washington Post that it had taken the FDA an "excruciating" amount of time to set the new standards. For the gluten-sensitive population, she said, this changes everything. “Now, they don’t have to stress out. Now, they know there are rules, that there are parameters. It’s a big deal.”

The gluten-free market at present is worth just over four billion dollars. By 2017, it'll be worth almost seven billion.

More like this
Heinz Is Selling A Sprayable Mayo Mousse
By Maxine Harrison
TikTok's Favorite Bartender Thinks Mimosas & Bloody Marys Are Out For Brunch
By Alexis Morillo
Are We Drinking Rosé All Wrong?
By Sheila Yasmin Marikar
The Joys of Eating
By Samantha Rollins
Get Even More From Bustle — Sign Up For The Newsletter