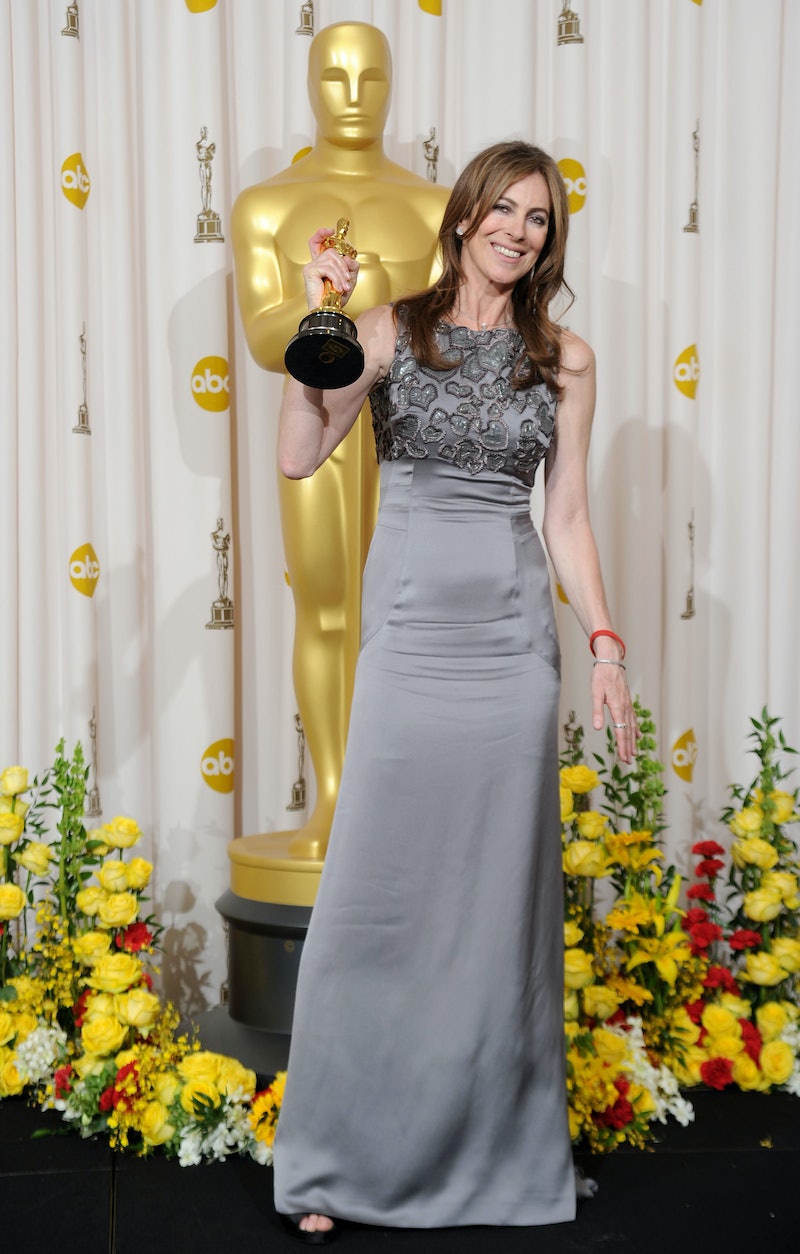 First, a point: there should not be a need for special programs to help female filmmakers succeed in Hollywood, because women shouldn't be any less likely than men to do well in their careers and certainly shouldn't face a greater amount of resistance. However, that's not reality. Due to societal expectations, patriarchal systems, deep-rooted sexism, and a whole lot of other factors, successful female filmmakers are rare. So we have to applaud initiatives like 21st Century Fox's new mentoring program, which is aimed at helping women directors get ahead and increasing gender diversity in Hollywood. Still, the fact that the program needs to exist in the first place? Disappointing, upsetting, and incredibly frustrating.

That being said, Fox's program, spearheaded by a woman, Nicole Bernard, is pretty great. Called the Fox Global Directors Initiative, it's meant to show "stories that represent the amazing range of experiences and voices in the real world," and add more female perspectives to movies and TV. 20 people — women and those from diverse backgrounds — will be selected to join a five-week directors lab, and five of them will be chosen to enter a 10-month program that will culminate with funding and support for a short film.

The program should provide a great opportunity for female filmmakers, and, if it succeeds as planned, increase the number of women wielding influence in Hollywood. As reported by Variety, females made up just 6% of all directors working on the year's top 250 films — and that was a decrease from prior years. The TV numbers are better, with women comprising 23 percent of creators, but that's still far from ideal.

Programs like Fox's, though, should begin to change those figures. A few initiatives that stand out:

The Women Filmmakers Initiative at Sundance

Mission statement: "To foster gender equality in American independent cinema by supporting women filmmakers to create and find audiences for their work, and to grow and sustain their careers."

Program: A year-long mentorship that matches female directors/producers with industry leaders, letting them attend Sundance events, network with professionals, and apply to fellowships. Filmmakers also collaborate with companies to create material, such as a widely-seen Dove "redefining beauty' campaign (above) created by Sundance Institute members and shown during the Film Festival.

Other Helpful Stuff: Two one-day "intensives" in which filmmakers learn how to get and use financing for their films.

Mission statement: "To nurture emerging female and male talent in the entertainment industry by connecting WIF members with established professionals who can offer advice and guidance."

Program: Mentees are assigned to groups where they'll meet with two mentors experienced in the entertainment industry six times during the year. There's also a speed mentoring program, where 20 WIF members get to speak one-on-one with successful industry women for a short amount of time.

Mission statement: "A hands-on film training program committed to educating and mentoring participants in an effort to increase the number of women working professionally in screen directing."

Program: Intensive training in filmmaking; each member is required to make a short film by the program's end. There's a three-week training workshop, five weeks of pre-production, a five-day shoot, and a 30-day window for editing.

Other Helpful Stuff: Since the program was launched, 25% of its members have gone on to direct professionally, including Maya Angelou, Anne Bancroft (above), Ellen Burstyn and Lesli Linka Glatter.

Mission statement: "To discover and recognize new talented, original voices... stories that spotlight women and girls as protagonists, in a positive light, and at all age ranges."

Program: It's a typical screenwriting contest open to both men and women, but the catch is that all scripts much either have a female protagonist, dimensional female character(s) or have been written by a woman.

Other Helpful Stuff: There's a $1,000 cash reward, and the winning screenplay will get major publicity from The WriteRoom.Org.

So, movie-making women, check out these programs; it sucks that they're necessary, yes, but they are hugely helpful. Hopefully, these five initiatives, as well as any others out there, will be a major step in helping to end sexism in Hollywood and give female filmmakers a chance.