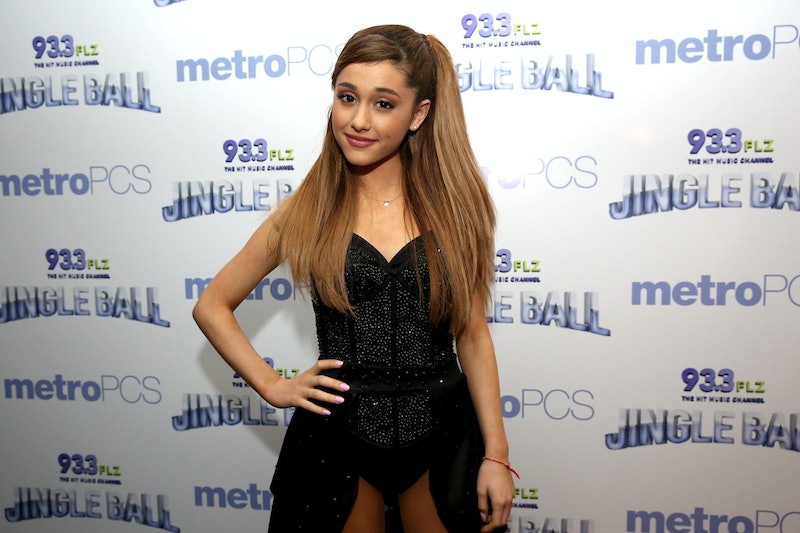 File this under "Things I Definitely Didn't See Coming": On Tuesday morning, British singer Jessie J revealed that her new single, "Bang Bang," features Ariana Grande AND Nicki Minaj. Whoa. Three talented women on the same track? Sign me up! The song, which will serve as the lead single from Jessie's forthcoming third studio album, will be released on July 29. According to MyPinkFriday.com, "Bang Bang" was crafted by Max Martin, Savan Kotecha, and Ilya — the same team behind Grande's smash hit, "Problem." Jessie hasn't had a popular song in the United States since 2011's "Domino"— could "Bang Bang" be her big comeback? How did she manage to nab both Grande and Minaj, anyway? And most importantly, what will the song sound like?

Could "Bang Bang" be Jessie's triumphant return to the U.S. music market? It's entirely possible! Given that the release date is almost a month away, it might've been a touch too early to announce the track, but if any song can sustain its hype for a month, it's this one. Grande is so hot right now, Minaj has a seriously impressive track record when it comes to features, and Martin, Kotecha, and Ilya are a fantastic songwriting and production team — I'd say that the odds of "Bang Bang" becoming a big hit are pretty good.

Which brings me to my next question: How on Earth did Jessie, an artist who, again, hasn't had a major U.S. hit since 2011, manage to score Grande AND Minaj for "Bang Bang"? She's not exactly at the top of her game right now. Other than the fact that both Jessie and Grande are signed to Republic Records, I have no idea how this happened — but I'm not mad about it. Jessie is an incredibly gifted singer who has a number of quality songs in her discography. In my humble opinion, she deserves to have some more success.

So, how's "Bang Bang" going to work, exactly? I think it's a safe bet that Minaj will deliver a fiery verse during the song's bridge, but what will Grande's role be? Will she have her own verse? Will she get to sing the chorus along with Jessie? There are a lot of possibilities as far as the song's structure goes, but when it comes to the song's sound, I've always found it helpful to look to the writers' and producers' past work in order to get a general idea of what to expect. As I said, most recently, Martin, Kotecha, and Ilya worked on Grande's "Problem," but here are a few other songs that they've created:

Christina Aguilera — "Let There Be Love" (Martin and Kotecha)

So, there you have it! A little sampling of the "Bang Bang" creators' work. Considering that both Jessie and Grande have BIG voices, I'm expecting the song to allow for a lot of belting, ad-libs, and vocal runs (just like "Let There Be Love," for example). I'm hoping that working with Grande and Minaj will be the little push that Jessie needs in order to see some stateside success once again.