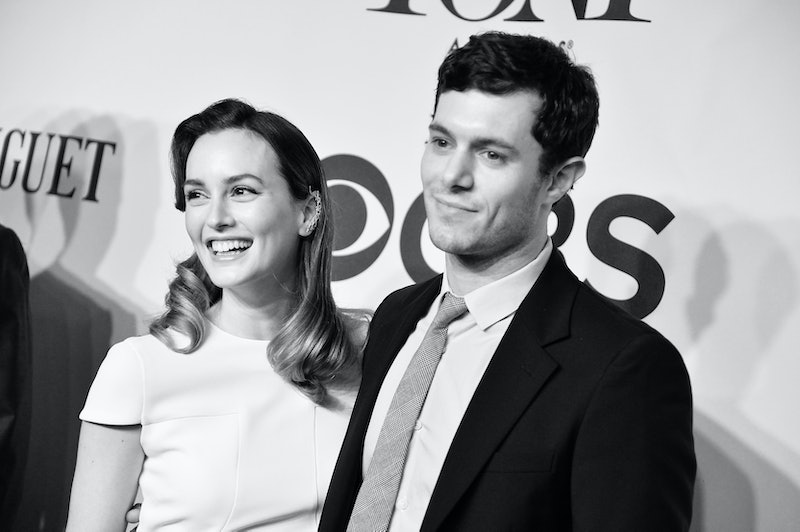 Did you hear that Seth Cohen and Blair Waldorf tied the knot in February in a super secret, intimate ceremony in Northern California? Okay, okay. It might actually have been Adam Brody and Leighton Meester, the actors who portrayed two of the most iconic teen characters to ever grace television with their presence, but still! A fan can dream. So how did Adam Brody and Leighton Meester meet? Was it masterminded by Josh Schwartz, the producer of both The O.C. and Gossip Girl? Was a secret crossover episode filmed and never released? We need to know!

Lovers of the two shows rejoiced at the made-for-TV union of Brody, 34, and Meester, 27, and fortunately their marriage wasn’t an elaborate stunt to make Chuck Bass or Summer Roberts jealous. Instead, it was the beginning of one of Hollywood’s most adorably private pair. While they might not be the #mosttalkedaboutcouple, their relationship is certainly one of the more mysterious ones floating around la-la land. No official announcements via Perez Hilton of their dating status. No Instagram photos of their wedding that took them days and days to perfect. Not even a tweet! Thankfully they rolled up to the Tony Awards together to mark their first public appearance as a married couple, but everyone is still wondering: Where did they meet? How did it happen?

Besides the fact that they first got acquainted on the set of 2011’s The Oranges and liked each other so much they later worked on the upcoming movie Life Partners together, out in 2014, few details are actually known. It's been reported that they started dating in early 2013, but the duo prefers to keep their business on the DL, rocking nondescript hoodies out and about when they’re papped together, so we can only imagine how their relationship actually began.

Leighton strolled up to the set of The Oranges in a particularly flashy headband, catching Adam’s eye.

He thought about asking her out, but unfortunately Leighton wasn’t really in a good place to start a relationship.

Still, Adam never gave up hope. I mean, did Seth Cohen give up when Summer Roberts turned him down the first time? OF COURSE NOT.

Years passed until finally they reconnected on another movie set, Life Partners. It was here that Leighton realized Adam was the one for her.

So obviously Adam was all, “OMG I feel totes the same way, gurl.”

And they lived happily ever after. Congrats, you two!