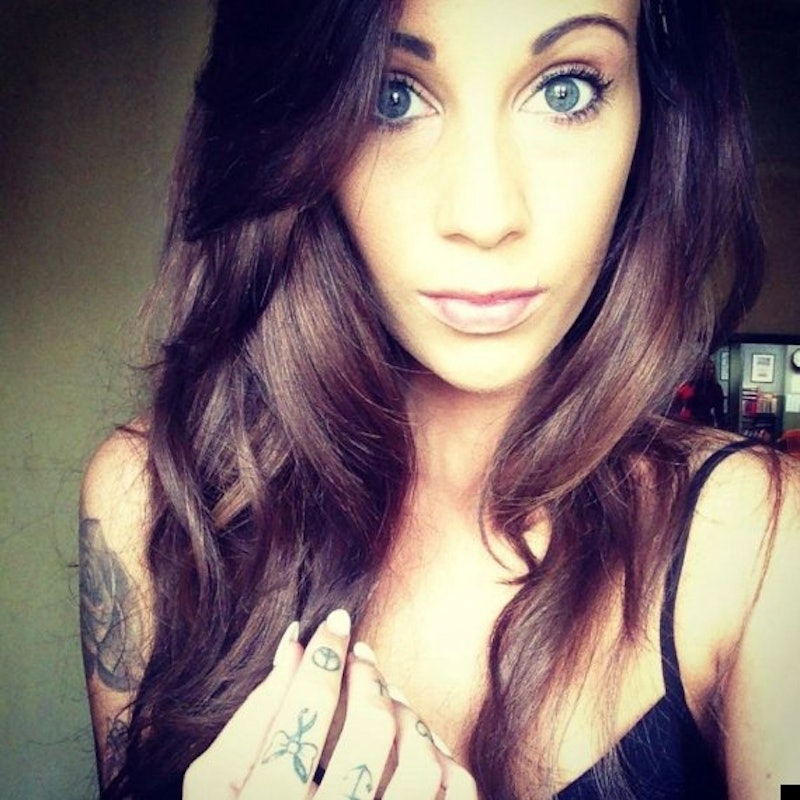 Bethany Townsend is a make-up artist from Worcester, England. She's also an aspiring model. But what makes her different from most girls who dream of seeing their faces in Vogue is that she was diagnosed with Crohn's Disease at three years old. And in 2010, had to be fitted with two colostomy bags. What makes her even more different is that instead of isolating herself, abandoning her dreams, or shutting herself away from the love and attention of others, she has embraced her condition — and redefined beauty along the way.

Crohn's Disease in is an inflammatory bowel condition. Normally, the intestines suffer most, and in extreme cases (like Townsend's) the intestine actually needs to be partially removed in order to bring the healthy part out as a stoma (or artificial opening). It is in these cases that patients are fitted with colostomy bags in their lower abdomens to facilitate digestion and bowel movements. The surgery in and of itself is life changing. It is traumatic. It makes it so for the rest of their lives, people will have an extra weight to carry, physically and emotionally. And so what Townsend did by posing in photos with her bags in full view, and then sharing them with the world via social media, isn't just brave; it's beautiful. Now seen by over nine-million people, and liked over 190,000 times on Facebook, it's no surprise that viewers are gravitating to this young woman who has dared show off what makes her unique.

The average age for stomate surgeries is 68. Townsend is only 23. To have to undergo such a difficult operation whilst still so young is undoubtedly more difficult than most of us can ever imagine. But with the help of her now husband, Ian, Townsend found a renewed sense of confidence despite the colostomy. She told Huffington Post UK, "When I met Ian I showed him my bags straight away, but he didn't bat an eye lid... He taught me that there was more to me than the bags and would always encourage me to show off my figure." Looking at photos of Townsend, there is life in her eyes. And she really is stunning — with the petite, angular figure so many agencies would die to have in their books.

In a world so focused on aesthetics, where differences and "flaws" are rejected rather than embraced, Townsend is the type of person really making a change. Her courage is reminiscent of that of Elly Mayday, plus-size model and cancer survivor who has posed with scars and shaven head in full view. It is these individuals — unapologetically bold individuals — who will inspire change and encourage those with scars or imperfections to proudly showcase their bodies, and themselves.

Some might claim all Townsend has done is post a photo of herself on her Facebook page — something we all do on a daily basis. But most of us don't have colostomies. Most of us hide away our flaws, because we're too scared to show our raw selves to the public eye. And that's what truly makes this woman different, and a genuine emblem of body positivity and self love.