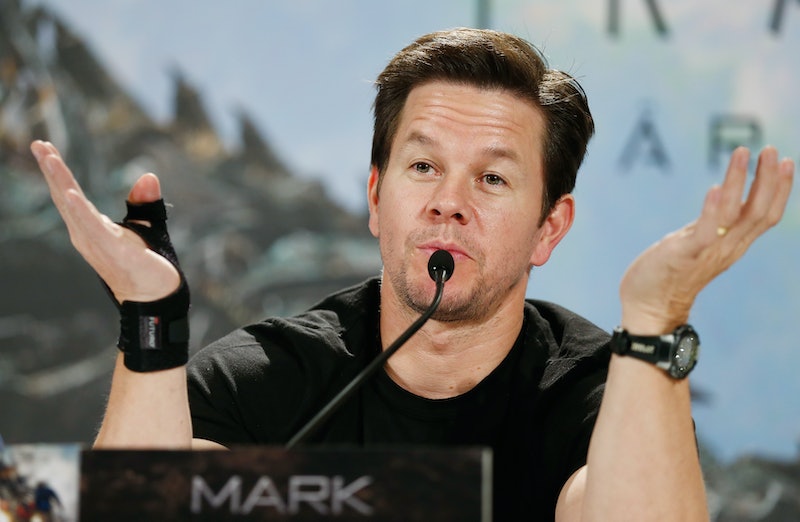 It's the anniversary of the Transformers movie franchise, and somehow they're still alive and kicking. Most of the movie's original actors have abandoned ship, but the franchise continues on, churning out the newest model, Transformers: Age of Extinction (but now, there's dinosaur robots!). It's understandable...after all, Transformers movies are the very definition of a summer blockbuster, making record-breaking sums of money every time they open.

Still, you wouldn't know it from the press the movies get — the day a Transformers movie gets more than a "rotten" on Rotten Tomatoes will probably be the day hell freezes over. Sure, it might seem a little superfluous to pile on the negative reviews, but hey, people will stop writing them when they stop being made. After all, there's so many ridiculous things to pick out, even seven years later. Oh Transformers, how to we hate thee? Let us count the ways...

The Objectification of Women

It's one thing for reviewers to notice the way directors objectify women in movies, and notice they did: practically every review of every Transformers movie devotes a few lines about the way director Michael Bay treats his female actresses more like Playboy bunnies than characters in a movie. But it's quite another for the actors on set to notice this as well. There's been multiple theories as to what led to Megan Fox calling Michael Bay "Hitler" in the press and being fired from the franchise, but star Shia LaBeouf's theory is the most interesting:

"Mike films women in a way that appeals to a 16-year-old sexuality. It’s summer. It’s Michael’s style. And I think [Fox] never got comfortable with it. This is a girl who was taken from complete obscurity and placed in a sex-driven role in front of the whole world and told she was the sexiest woman in America. And she had a hard time accepting it. When Mike would ask her to do specific things, there was no time for fluffy talk. We’re on the run. And the one thing Mike lacks is tact. There’s no time for [LaBeouf assumes a gentle voice] ‘I would like you to just arch your back 70 degrees.’”

And that leads us to the man himself. Michael Bay can't be called a "good" director in any conventional senses; the man has a few Golden Raspberries under his belt, and his only "fresh"-rated movie on Rotten Tomatoes is 1996's The Rock. But not only does Michael Bay know he doesn't make good movies, he doesn't care. His response to criticism? "I make movies for teenage boys. Oh, dear, what a crime."

Well, they certainly do feel like movies made for teenage boys. In Transformers movies, there's not much of a "story" or "characters" to follow...it's more or less like a dick-measuring contest for explosions.

Sure, lots of movies have awful jokes. But it takes a very special kind of movie to give us characters that rival the offensiveness of Star Wars Jar-Jar Binks...but then along came Transformers: Revenge of the Fallen. This is also the same movie in which a talking robot has testicles.

The movies often feel like one long commercial for the flood of Transformers toys linked to the movie. But not only do the movies themselves serve as an advertisement for Hasbro, they also are some of the biggest examples of product placement in movies today. The first Transformers has about 60 incidences of product placement. And the newest installment, Transformers: Age of Extinction, advertises a wealth of Chinese products.