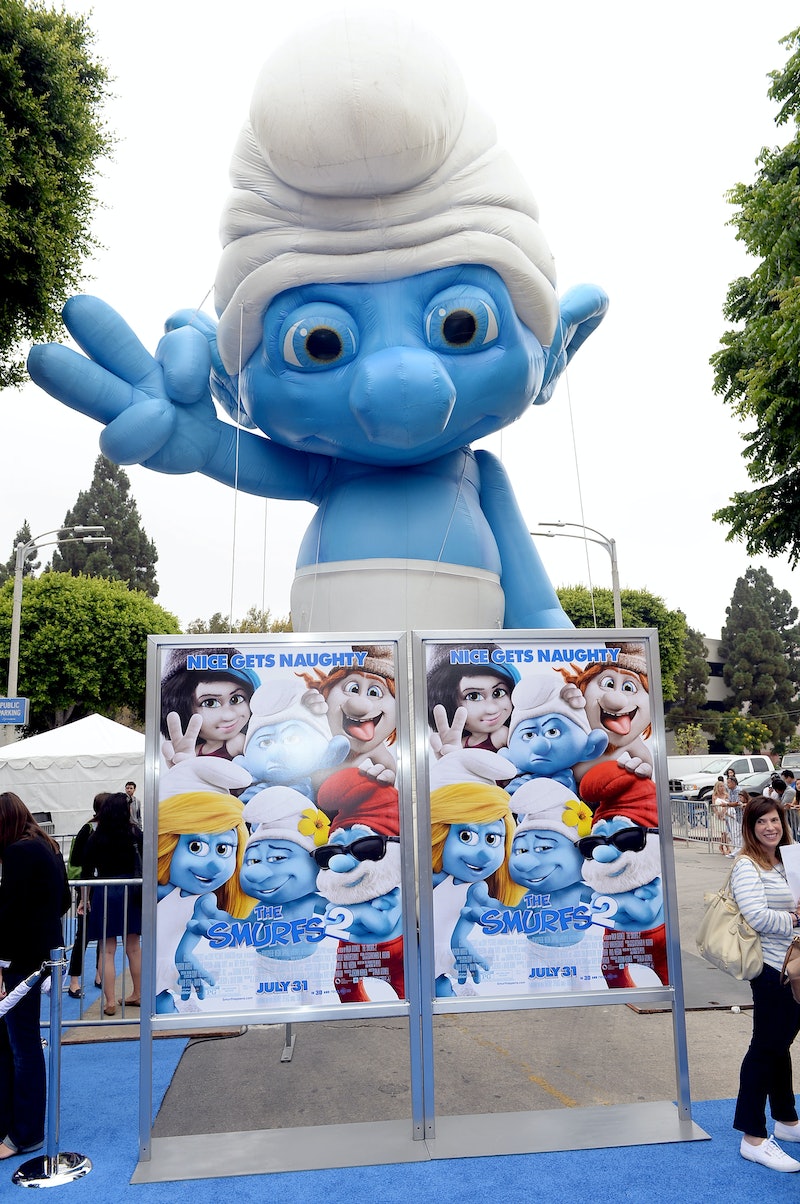 As much as people groaned about a live-action Smurfs movie, the film grossed $35.6 million the first weekend it opened in 2011.

Despite having a huge global marketing campaign during the summer, its sequel, Smurfs 2, came up short with $27.8 million at the box office during the first five days it was open.

Smurfs 2 is in no way special. (Just see its 12 percent rating on Rotten Tomatoes.) It's just another blockbuster movie in a slew of underperforming summer blockbuster movies: Pacific Rim, White House Down, The Lone Ranger. The summer of 2013 has been more of a fizzle than a sizzle when it comes to movies — we're still coming out of a recession and the movies released this summer were often uninspired. But what really kept people from going to the movies? Netflix.

As far as entertainment goes, this was definitely the Summer of Netflix. The streaming and renting service released some of its best original programming this summer, right as scripted primetime television shows started to go off the air. And people have been talking about these television shows more than almost any other movie (aside from The Heat, and I'm sure there's still more to be said about Fruitvale Station). First it was the long-awaited fourth season of everyone's favorite cult show, Arrested Development, then it was (and still is) the premiere of Orange is the New Black. These shows have seemingly replaced movies as cultural events, with "Have you seen it yet?" being asked at social gatherings around the country.

And why wouldn't it be a cultural event? Netflix is infinitely more accessible than going to the movies. Their streaming service costs less than going to the movies each month, and practically half the population is just bumming streaming services for free off their parents, siblings, and ex-boyfriends anyways. It's a larger quantity of entertainment at a smaller price, and the Netflix's original shows are better than 75 percent of movies opening at the box office. It's a win-win situation, right?

Well, we do lose something. Netflix is first and foremost a solitary experience, something you binge-watch by the bluish glow of a laptop. Even if you are watching with people, it's a rare person that resists the temptation to watch ahead. Conversely, people are genuinely afraid of going to the movies alone. It's an experience that most people feel should be shared. By losing the experience of going to the movies, we slowly become more and more like the caricatures in a New York Times social media trend piece: solitary, lonely, letting the Internet become a replacement for genuine life experiences.

But the world has changed and we have changed. We don't go to the movies the same way that we used to. We're poorer and our tastes have changed, so we find other things that are more convenient. That's what happens when entertainment exists in an older media form — it takes a longer time to catch up to audiences. But the movie industry figure it out soon. We'll be watching the Community movie in a virtual theatre on Google Glass before you know it. Or maybe movie theatres can just borrow someone's Netflix account.

More like this
15 Intriguing Movies On Netflix That Are Based On True Events
By Mary Kate McGrath, Shannon Barbour and Grace Wehniainen
15 Romantic Movies On Netflix That Are Perfect For Snuggling Up On The Couch
By Rachel Simon and Grace Wehniainen
What’s New On Netflix: The Return Of 'The Umbrella Academy'
By Arya Roshanian
What’s New On Netflix: J.Lo’s Documentary & A Melissa McCarthy Series
By Arya Roshanian
Get Even More From Bustle — Sign Up For The Newsletter