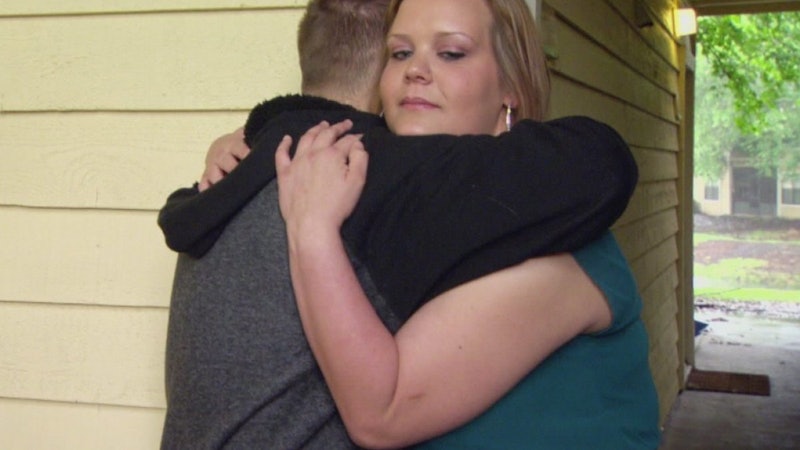 This week’s Catfish was a bit of an ode to the first season, going back to that original premise of two people who met online and fell in love. There weren’t any con artists scamming people, or celebrities being tricked by fans; it was exactly the show that viewers fell in love with. On Wednesday's Catfish , "Jeff & Megan," the only twist was that Jeff, the man who called in Nev and Max to find out the truth behind Megan’s real identity, couldn’t travel to see her because he was in the military and couldn't leave Jacksonville, Fla., where he was stationed. What does this mean? The dynamic duo of Nev and Max had to split up, with Max traveling to Texas to convince Megan — or Brandy, as they discovered her name to be — to return to Florida with him and reveal her true self to Jeff (and Nev). Lucky for us, Catfish is all about social media so even after an episode ends, we can learn more about what happened to Jeff & Megan.

So after Nev and Max arrived and did the simplest Google search to find her phone number, they discovered that Megan was actually Brandy, a girl with the same profile content, just no pictures of the “Dallas Cowboy Cheerleader”-looking Megan. I don’t think this show would be on the air much longer if people were aware that they can search anything on Google. But I like Jeff, he's really sweet, and I will not use his limited Google-ability against him.

Fast forward to Max roaming the outskirts of a Fort Worth, Texas apartment building, calling Brandy and asking her to come out to speak with him. Usually when I watch Catfish, I am mad at the catfisher for tricking the catfishee, especially such a nice guy like Jeff, but when Brandy came outside to speak with Max, I realized I actually liked Brandy, too!

And once we learned a little bit more about Brandy’s background, Max asked her to travel back to Florida and meet Jeff, of which she obliged. ROAD TRIP (by air).

At first their meeting was awkward, but Brandy explained how she had been in an abusive relationship and used her “Megan” profile as a way to escape. Obviously it is never fair to deceive someone like Brandy did Jeff, but everyone, including Jeff and myself, saw that Brandy was truly sorry for what she did and that she still cared about Jeff. Plus it was her birthday the next day, so what was he going to do, kick her out? The guy's a sweetheart!

Even though Jeff decided to re-enlist for the next three months, he and Brandy talk all the time. Hopefully they can still remain friends, but I’m hoping there’s love in the air. Check out what the Twitterverse is saying about them.

And here is an Instagram from Brandy’s page, since the show aired, she has received an outpour of support. Also, notice she says that they are friends and maybe something might happen later (!). Maybe there's another Catfish happy ending on its way.