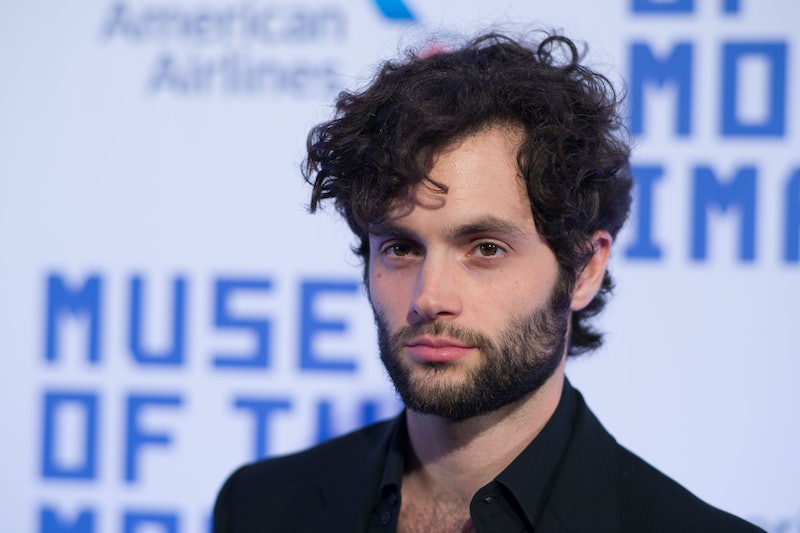 A whole year after splitting with rock star royalty Zoë Kravitz (and eight months after possibly getting back together in Italy) it seems that former Gossip Girl star — or, should I say (spoiler alert), former Gossip Girl himself — Penn Badgley is dating again. This, of course, isn't surprising; seven months is a long time, and Badgley is a young, attractive actor. It's whom he's dating, though, that's the shocker: According to Us Weekly (who offered a set of paparazzi photos to back it up), Penn Badgley is dating Domino Kirke, who, in addition to being the older sister to Girls star Jemima Kirke, is also the daughter of Bad Company drummer Simon Kirke as well as a rather accomplished musician herself. Hey, Badgley's got a type!

The two were spotted hanging out in NYC together looking very much the couple recently, fueling rumors that they're dating. According to a source speaking about the pair to Us: "They've been dating for awhile. They have a number of mutual friends. It is a very mature and free relationship...Domino is a great girl for him, being a musician. Their interests align." Considering Badgley has been more and more actively attempting to pursue a music career of his own (he's the lead in a new band called Mother, and their songs are actually quite good so far) this makes sense — and it's nice to see he's happy after splitting with Kravitz last year.

Check out photos of the couple's NYC date below. I'm not the sappy type, but gotta admit, they make a good couple.

Also, being the type of person I am (which is to say, a Gossip Girl fan turned Girls fan) this basically means that Badgley needs to appear on Girls, right? He's dating one of the lead stars' sisters, and he consistently looks like he just stepped off the streets of Williamsburg or Greenpoint in Brooklyn — kind of a no brainer. Maybe he could portray one of the writers at the Iowa Writers' Workshop that Hannah is apparently going to attend for at least some of the season! After all, he does have experience playing a writer...kind of.