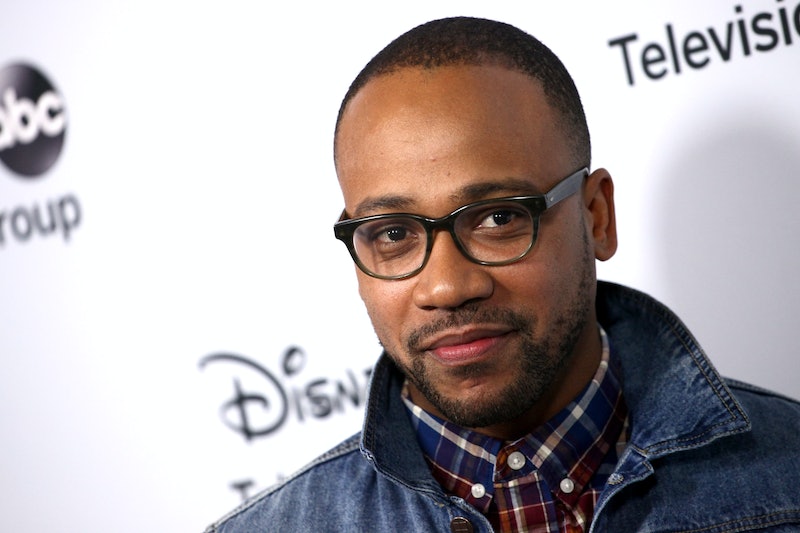 Apparently nothing expresses America’s freedom better than a night of boozing and getting arrested — just kidding. However, it’s fair to say that the Fourth of July ends up being much better for some than it does for others, and the patriotic day was definitely rough for Scandal star Columbus Short, who was reportedly arrested on Friday after he allegedly started a bar fight.

Short, who's known for his roles as Harrison Wright in Scandal and Daryl Holloway in Accepted, was reportedly arrested for public intoxication after he allegedly started a dispute with a security guard when the man claimed Short hadn’t paid his bar tab. Awks.

We all know that forgetting to close your tab, let alone not paying for it, is a major faux pas, so the amount of embarrassment and vulnerability Short was probably feeling must’ve been apparent. The actor was celebrating his love for America that night at Katy Trail Ice House, a beer garden and restaurant in Dallas, when he allegedly attempted to leave the venue without paying according to TMZ.

When the issue was pointed out to him by a security guard, the celebrity reportedly told the security guard that he was being racist and a fight ensued — and then Short even got into an argument with off-duty police officers that attempted to stop the fight. Short was later arrested, and what will happen to the actor has yet to be determined.

Yikes — talk about a different kind of firework show.

More like this
7 Things We Learned From Rebekah Vardy's First Post-WAGatha Christie Interview
By Sam Ramsden
What We Know About Where Caroline Watt Is Now
By Catharina Cheung
'The Capture' Is Finally Back – & S2 Looks Tense AF
By Sophie McEvoy and El Hunt
Gassed Up Promises All Things Action, Risk, & Redemption
By Frances Stewart
Get Even More From Bustle — Sign Up For The Newsletter