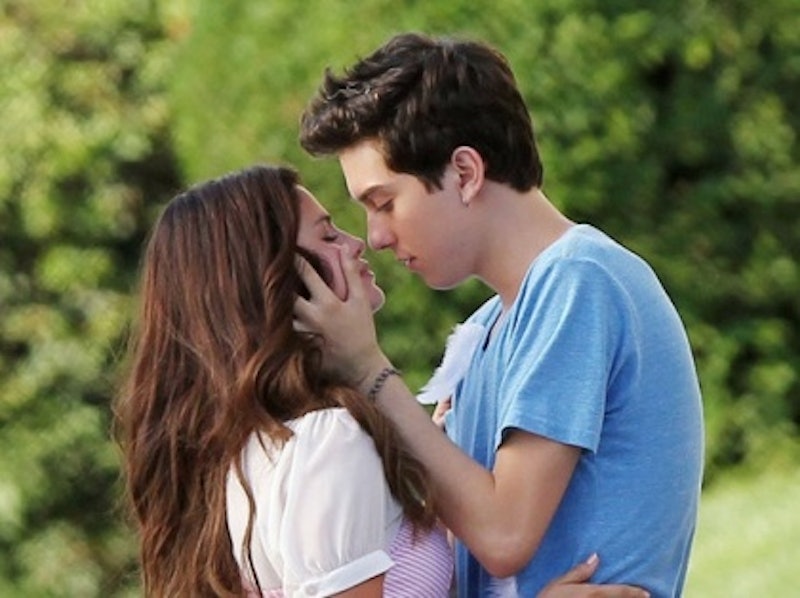 The first trailer for the upcoming teen rom-com Behaving Badly is here, and it's got more strippers, cougars, and nuns than we ever thought it was possible to see in a two minute and nine-second movie trailer. Based on the book While I’m Dead…Feed The Dog by Ric Browd, Behaving Badly stars Selena Gomez and Nat Wolff (The Fault In Our Stars), with supporting cast members Heather Graham, Elisabeth Shue, Dylan McDermott, Mary-Louise Parker, Jason Lee, Ashley Rickards, Cary Elwes and Gary Busey.

Gomez plays popular high-schooler Nina Pennington in what appears to be a cleaned-up version of the classic awkward-but-endearing-teen-boy-tries-to-get-laid comedy. In an attempt to win Nina's heart, Rick, played by Nick Wolff, throws a well-attended rager at his parents' house, which culminates in Nina hitting a cop in the face with her purse and being led away in handcuffs. Somewhere along the way, strippers appear, a crew of holy sisters gets involved, and raging teen hormones run rampant as Rick finds himself in a compromising, Stifler's mom-esque situation.

Unsurprisingly, Gomez is adorable in the trailer and all-encompassing teen-crush worthy, and she will probably be able to play teenage characters believably until she's thirty-five.

More like this
Selena Gomez Has Been Spotted Having Fun With A Top Film Producer
By El Hunt
Selena + Chef Season 4 Was Filmed At Hannah Montana's Old Malibu House
By Jake Viswanath
Revisit 1992’s 'A League Of Their Own Cast' Photos After The New TV Series
By Grace Wehniainen
At 28, Lesley Manville Was Acting, Picketing, & Singing Kate Bush Songs
By Olivia-Anne Cleary
Get Even More From Bustle — Sign Up For The Newsletter