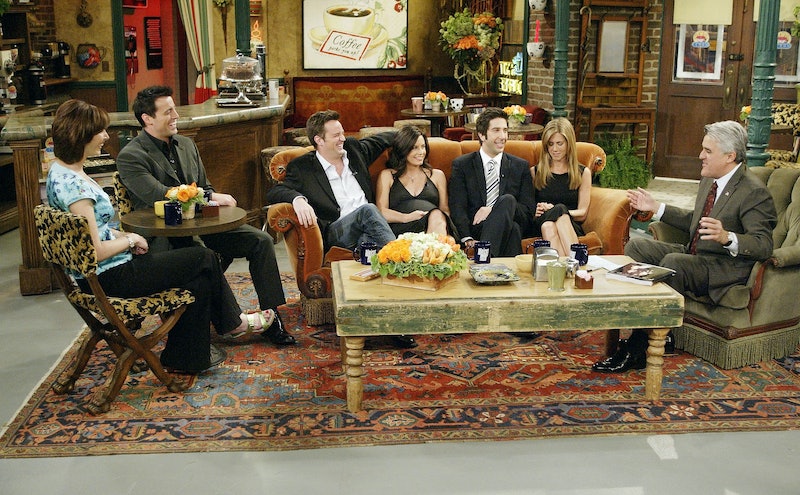 If you were a kid in the '90s, chances are you had a favorite 30-minute sitcom of the Home Improvement or Fresh Prince of Bel-Air variety, and one supernatural, girl power-centric, or family drama obsession which prescribed how you behaved and, yes, dressed yourself during those formative tween years. Looking back, the fashion of '90s television was not the type of ultra-trendy grunge or minimalism which dominated the couture runways, but rather a compilation of numerous flash-in-the-pan trends which, generally speaking, were less than flattering to the wearer. Yes, the stars of '90s-era television endured oversize scrunchies, baggy denim jackets, floral slip dresses, and flannel shirts galore, all in the name of pleasing their impressionable fans.

However, for a few lucky shows, the wardrobe was less than hideous, even bordering on visionary. Who could forget when Monica became obsessed with the incredibly trendy lace-up heeled boot on Friends? Or when crop tops came to North Carolina on Dawson's Creek? And Sarah Michelle Gellar's prom dress on Buffy the Vampire Slayer could have passed for red carpet couture. For those '90s-obsessed children at heart, here is the definitive list of the decades's television shows, ranked by the wardrobe of their cast members.

This completely adorable and iconic television show deserves an honorable mention in the decidedly unhip fashion category, if only for those cringe-worthy floppy hats Mayim Bialik wore. Thankfully, Bialik left that particular trend in the '90s.

If there's anything more totally '90s than a triple denim ensemble, I have yet to discover it. Thankfully, Saved by the Bell documents this particular trend moment perfectly.

Flannel and mom jeans? Not a match made in heaven. Though Tim Allen and his motley crew brought viewers more than a few chuckles, the cast’s sartorial choices were less than amusing.

The series that thrust Jessica Biel into the spotlight was notorious for infusing each episode with at least 10 heartwarming moments per episode, but its wardrobe was less than divine. Sweater sets and impossibly prim ensembles do not a fashionable wardrobe make.

Totally endearing cast and quintessentially '90s plotlines? Absolutely. Stunning couture wardrobe? Not exactly. After all, Boy Meets World was about friendship and growing up, not rocking the trends.

If you thought Katie Holmes had more fashion sense before she met Tom Cruise, you're not alone. Her wardrobe as eternally scowling Joey Potter on Dawson's Creek may have been low-key, but it certainly was more authentic than some of the getups she has since modeled.

Will Smith gets points for his spirited wardrobe choices in this laugh-track comedy, but it was really Hilary's fashionable ensembles that stood out on screen.

Fran Drescher’s nasal comic stylings made The Nanny into a '90s classic, but her flamboyant, sparkling, patchwork, embroidered, feathered, and barely there fashions were simply part of the joke.

My So-Called Life nailed the '90s grunge trend, and for this it deserves commendation. Even if the wardrobe did cause thousands of teens to overdose on flannel and semipermanent hair dye.

Melissa Joan Hart certainly had some…intriguing ensembles as Sabrina on the '90s television show, documenting every trend from sparkling peasant blouses to crop tops and choker necklaces. Any true fan of the show knows, however, that it was Salem's style that stole the show, if only because it's amusing to see a cat wearing pajamas.

Sure, Sarah Michelle Gellar's pro girl-power character on the hit series spent the majority of her time ridding the world of evil, but she somehow had time to pull together a killer wardrobe. Gellar's signature black pointy-toed boots kicked a whole host of miscreants to the curb over the series' seven seasons, yet they never lost their luster.

Rachel may have been the fashionable one on Friends, complete with positions at Ralph Lauren and Bloomingdale's, but who can honestly say they didn't crave one of Monica's chic slip dresses or Phoebe's fabulously outrageous coats? Friends portrays exactly how the population of New York would dress…if they all had the help of a talented costume designer.