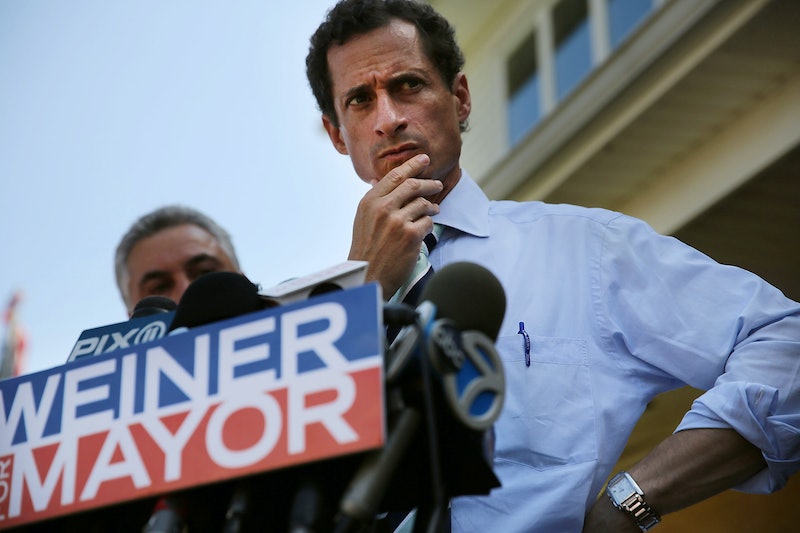 Meanwhile, Anthony Weiner is forging ahead with his mayoral candidacy, ignoring advice from all sides to withdraw immediately. Last week, yet another campaign scandal emerged when Weiner's communications director Barbara Morgan was caught on record launching some pretty vicious insults against Olivia Nuzzi, an intern on the campaign who'd been revealing insider information to the press. Weiner claims that he and his family are "doing great," raising further questions about this guy's grasp on reality.

Christine Quinn has since leapt to the top of the polls preceding the NYC mayoral race with a 27 percent favorability rating. Bill de Blasio and Bill Thompson are closely vying for second place, both hovering around 20%. Weiner, meanwhile, (who had held a significant lead over the rest of the candidates before the new sexting scandal emerged in July) is now down to 16 percent.