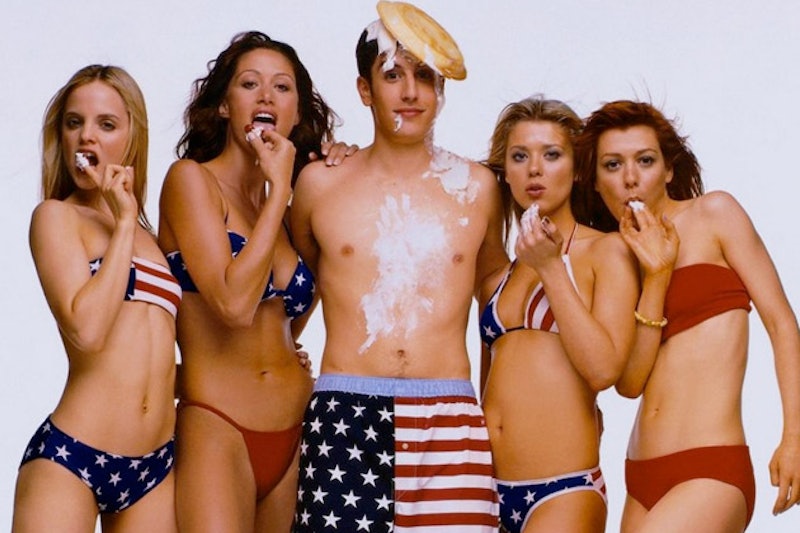 Sometimes movie franchises suck (hello Transformers) and the American Pie franchise is unfortunately one of those. The first film was an unexpected and hilarious coming-of-age story that pretty much everyone enjoyed. But American Pie came out 15 years ago which gave the studio plenty of time between then and now to release a whole bunch of sequels you probably didn't even know existed. You might remember when American Pie 2 was released and maybe even American Wedding. Perhaps you even heard the buzz around the reunion movie a couple of years ago. But did you know that there were four other spin-offs outside of the original three sequels?

That's right, from 2005 to 2009, between the years of the third American Pie movie (American Wedding) and the final installment American Reunion, there were four other movies that you, most likely, never bothered to see. I happened to see them all during one particularly boring spring break in high school. That was back when Netflix only had a few selections and the spin-offs were some of them. So, because I suffered through all of them, I have a definitive ranking for you. That way you can skip over the bad ones and go straight for the decent sequels. (If there is such a thing.)

Kicking things off with the worst of the worst. This movie leaves behind all the characters you know in favor of three new protagonists (including one named Lube). It's the final film in the franchise and the one that put a nail in the string of sequels coffin because hardly anyone liked it. The plot of creating a Bible of sexual acts is crude at best when it includes things like having sex with a peanut butter sandwich. Perhaps it's trying to be a weird homage to the original film's pie scene? Unfortunately this movie takes things to the point of bestiality when the protagonist's dog tries to eat the sandwich while it's being, um, used. Yuck.

It's American Pie meets Greek life, what can go wrong? The answer is everything. Erik Stifler (yes, he's related to Steve Stifler from the first film) is a freshman in college trying to bang chicks and make it in the Beta house. This film is slightly less terrible than The Book of Love but only because it takes place in college instead of high school making the sexual acts slightly less age-inappropriate. It does still include references to bestiality though, so it had to fall low on the list.

This one time, at band camp... This movie brings the series back to where it all started except this time the protagonist is a Stifler instead of a Levenstein. Specifically Steve's younger brother, Matt. The return to band camp makes this movie play on your American Pie nostalgia and its attractive main character makes this movie the most tolerable of the spin-offs.

I'm kind of a sucker for reunion movies. It plays on your love for the original and with all the actors returning it was more than just a sequel. Instead it's more of a catch up of what those dumb kids ended up being like. Spoiler alert: they're all still pretty dumb, but it's fun anyway.

One of the most redeemable parts of this franchise is Alyson Hannigan who is equal parts adorable and overly sexual which she plays in hilarious combination. This wedding sequel featured her quite a bit which made it all the better.

The first sequel in a franchise is always the most thought out (as opposed to sequels three through seven) so this one wins the sequel showdown. Plus this is the one where Jim falls in love with adorkable Michelle (Alyson Hannigan) even though he could have had the hot foreign exchange student Nadia. If you watch any of the sequels, it should be this one.

More like this
12 ’90s Movie References You Missed In 'Do Revenge'
By Radhika Menon
Harry Potter's Viktor Krum Has Undergone A Huge Transformation Since Hogwarts
By Sam Ramsden and Meguire Hennes
She Founded American Girl To “Bring History Alive.” Then She Made Over A Town.
By Amanda FitzSimons
What Does Nancy Jo Sales Think Of 'The Real Bling Ring'?
By Arya Roshanian
Get Even More From Bustle — Sign Up For The Newsletter