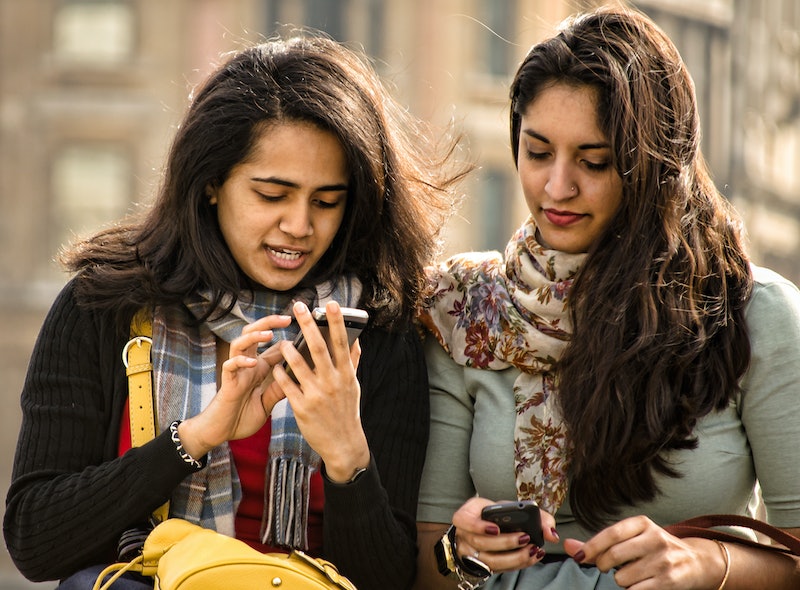 Nobody likes playing second fiddle to an electronic device. If only there were some way to get people to put away their phones and give their full attention to the world around them. Well, if the trend catches on, "Stop Phubbing" may just be the answer to all our problems.

Phubbing? Yup, the word is a mash-up of "phone" and "snubbing," meant to describe that friend who interrupts you to read a Facebook comment she just received out loud. StopPhubbing.com defines it as "the act of snubbing someone in a social setting by looking at your phone instead of paying attention."

Alex Haigh, a 23-year-old from Melbourne, started the Stop Phubbing campaign last month. Although the campaign hasn't really gotten started yet, "Stop Phubbing" posters and place cards are available for download on the campaign's website. You can also check out a gallery of celebrity phubbers and upload a photo to shame a phubber in your own life.

The anti-phubbers dread a gloomy world where couples sit in silence and relationships are "based on status updates." This isn't the first we've seen of tech-restricting efforts, and tech free camps and bars emphasize the benefit putting down the phone has on users themselves.

It's going to be pretty hard getting people to never check their phones — all in all, they're useful devices for meeting up with other friends or looking up a good place to grab a bite. Like many things, phubbing is more about the person than their tool. If Stop Phubbing manages to teach people some basic etiquette, that's something we can all get on board with.