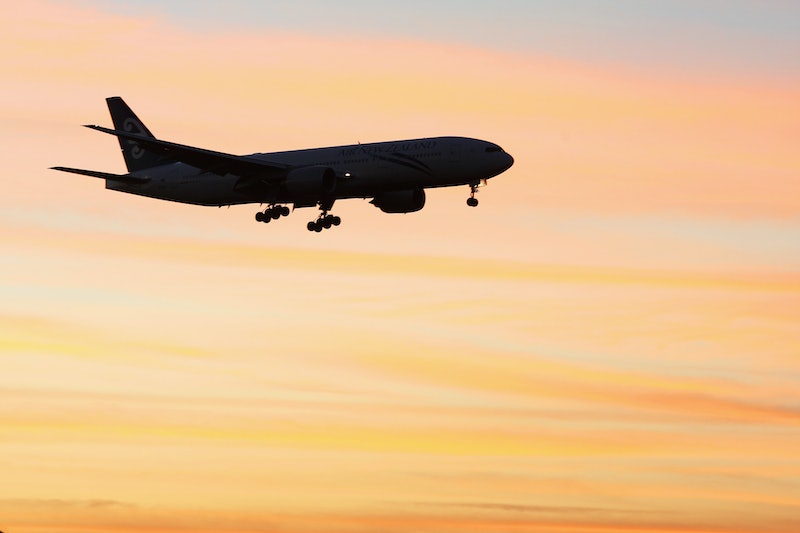 Airport security is no joke. TSA made this abundantly clear when they introduced airport announcements threatening passengers with arrest for any wisecracks or security-related sarcasm. In spite of its best efforts, some pretty bizarre things still go down at airport-security stations. In light of the enhanced security measures announced this week banning smartphones with a flat battery from direct flights to the U.S., I'm rounding up five of the strangest items you can carry into the airplane cabin. Buckle up, it’s going to be a ridiculous ride.

1. The cremated remains of a loved one

You can’t bring a dead smartphone onboard, but some airlines will allow you to carry on the dusty remains of your nearest and dearest. The vessel will have to pass through the X-ray machine along with your other carry-on items, but out of respect for loved ones, officials will never open or sift through a crematory container. It’s worth noting that heavy containers that obscure the X-ray image may cause you some trouble, so don’t opt for the marble urn if you’re planning to travel with cremated remains.

As long as you’re prepared for a potentially awkward conversation with airport security, you can bring adult toys into the airplane cabin. Whips, chains, handcuffs, and vibrators are all allowed — Rihanna would be so pleased. To avoid unnecessary...excitement...at the TSA checkpoint, it’s probably best to remove batteries from any electronic devices. Even though whips and chains are permitted, ninjas will be forced to check in any throwing stars or nunchuks, before boarding.

Perhaps due to their long associations with the elderly, knitting needles are fair game in the airplane cabin. (Never mind that they’re also sharp, pointy, and immediately conjure the verb “stab”). Clearly,TSA hasn’t seen that scene in Red Eye where Rachel McAdams stabs her captor in the jugular with a pen. Surely knitting needles could do more damage?

Seriously, you can’t invent this stuff. Snakes are (interestingly enough) not allowed on planes, but monkeys are as long as they are classified as a "service animal." Just like a seeing-eye dog aids the blind, service monkeys can help disabled owners retrieve dropped items, push buttons on various devices, open water bottles, turn the pages of a book, and perform a range of other fiddly tasks. Service dogs are also permitted, and back in 2011, a 300-pound pot-bellied pig was permitted into the cabin of a U.S. domestic flight to lend "emotional support" to its owner.

Restrictions may vary according to airlines, but TSA places no limit on the amount of bone marrow passengers can bring aboard. Blood products and transport organs are also allowed, as they fall under the heading of “life support and life-sustaining liquids.” Same goes for baby formula and breast milk...although if you've seen the scene in Michael Moore's Fahrenheit 9/11 where the mother is forced to drink half a bottle of her own breast milk before airport security lets her board, you'll know that rules are enforced more strictly at certain airports. Moral of the story is: It's best not to smuggle on a beating heart without permission.

More like this
21 Absolutely Adorable Christmas Gifts For Dogs
By Carolyn Steber
If You Have Pets, You Probably Don't Realize You're Making These Common Mistakes
By Mackenzie Edwards
Dyson Is Dropping Futuristic, Air-Purifying Headphones
By Rachel Lapidos
10 Organizations To Support On Latinx Women's Equal Pay Day
By Caroline Burke and Mia Mercado
Get Even More From Bustle — Sign Up For The Newsletter