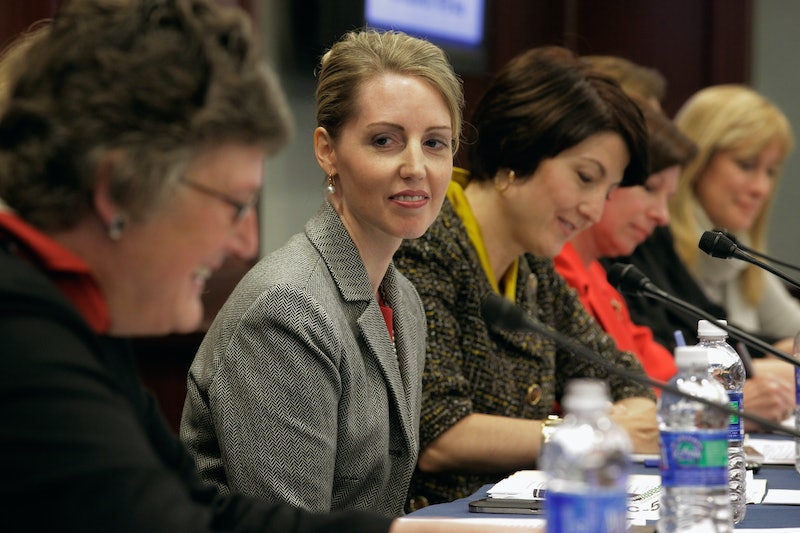 Women are delivering outstanding financial results at some of the nation's largest companies, which are topping the stock market, according to Fortune's analysis. Despite the fact that women make up just five percent of all CEOs at Fortune 1000 companies, these female CEOs have seen an average of 103.4 percent return during their tenure, versus the average 69.5 percent return for the S&P 500 during the same time frame.

With all of these outstanding results, it's a shame that only 24 women are CEOS at Fortune 500 companies and there are just 27 at Fortune 1000 companies. Female CEOs actually make less than their male counterparts, not that I'm surprised by that or anything.

Other similarities found from Fortune Magazine's analysis include:

The most common major for these female CEOs? It's not Business Administration, according to Fortune's analysis.

Interestingly, compared to the national average, there are actually more female CEOs who are married with children.

The majority of female CEOs work at specialty retailers, although food production and utility companies also make the list.

Of all female CEOs, there are fewer who also sit in the chairman seat at Fortune 1000 companies compared to S&P 500 companies.

Another stellar sign: The majority of the women hired as CEOs at Fortune 1000 companies were promoted from within the company. Strap on those running shoes, guys, and start climbing.

The takeaway? It's obvious: Time for even more female CEOs to take the helm.

More like this
The Most Powerful Photos From The Weekend’s Abortion Rights Protests
By Melanie Mignucci
Which RHODubai Housewife Has The Biggest Net Worth?
By Hugh McIntyre
Drake’s Net Worth Will Have Critics Saying “Honestly, Nevermind”
By Hugh McIntyre
Charlotte Tilbury Muse Phoebe Dynevor Triples Her Income In One Year
By Catharina Cheung
Get Even More From Bustle — Sign Up For The Newsletter