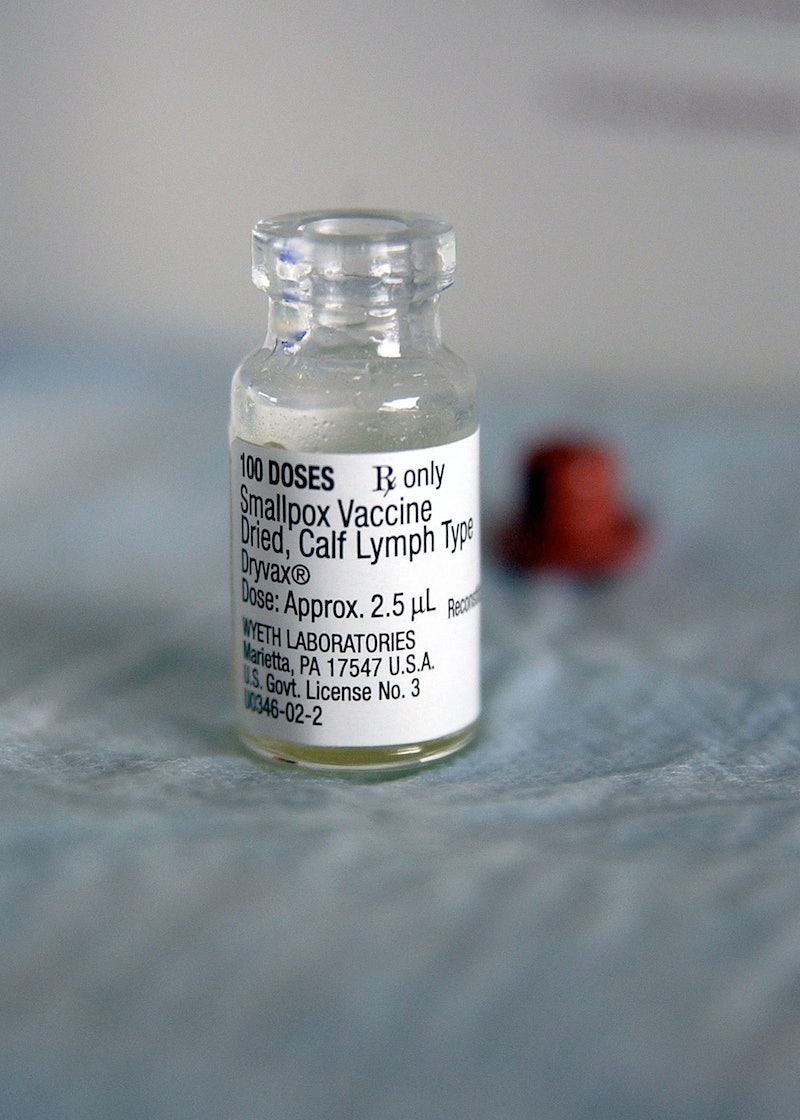 Remember that time you were rustling around up in the attic looking for something and all of a sudden found a giant spider and freaked out and ran downstairs and vowed solemnly never to go into the attic again? Multiply that by a thousand. On July 1, employees at the National Institutes of Health found vials of smallpox in a really old storeroom off a Food and Drug Administration lab in Bethesda, Maryland.

Before you freak out, the vials — labeled variola, the name of the virus — were contained, and everybody seems fine. They dated back to the '50s, according to The Los Angeles Times. A statement released by the Centers for Disease Control and Prevention suggests the vials got lost amid some institutional shuffling back in the day.

The laboratory was among those transferred from NIH to FDA in 1972, along with the responsibility for regulating biologic products. The FDA has operated laboratories located on the NIH campus since that time. Scientists discovered the vials while preparing for the laboratory’s move to the FDA’s main campus.

The musty old smallpox is now going to be tested to see if it's still alive, according to the statement, and then it will be destroyed forever, just like the smallpox virus was supposed to be.

Smallpox was (and is) pretty much every kind of awful, and it's been around for thousands of years, according to the CDC. People with the virus get covered in large, fluid-filled blisters that have a little divot in the center. Here's a quick description of the disease's impact from a scientific paper ominously titled "Smallpox: The Triumph over the Most Terrible of the Ministers of Death":

Smallpox afflicted humankind as no other disease had done; its persistence and diffusion were without parallel. The disease brought down at least three empires. Generations watched helplessly as their children succumbed to the disease or were disfigured or blinded by it.

About a third of people die after being infected by smallpox. So when the disease was declared basically eradicated from the world, it was a major achievement by mankind. The CDC says the U.S. last had a case of smallpox in 1949 and the last "naturally occurring case in the world" was found in Somalia in 1977. People are no longer vaccinated against smallpox because of that, the CDC says, which is why vials of the stuff are potentially so dangerous.

According to the CDC's statement on the old smallpox, there's an international agreement monitored by the World Health Organization that only two (known) stores of smallpox should exist in the world: one in Atlanta, Georgia and one in Novosibirsk, Russia.