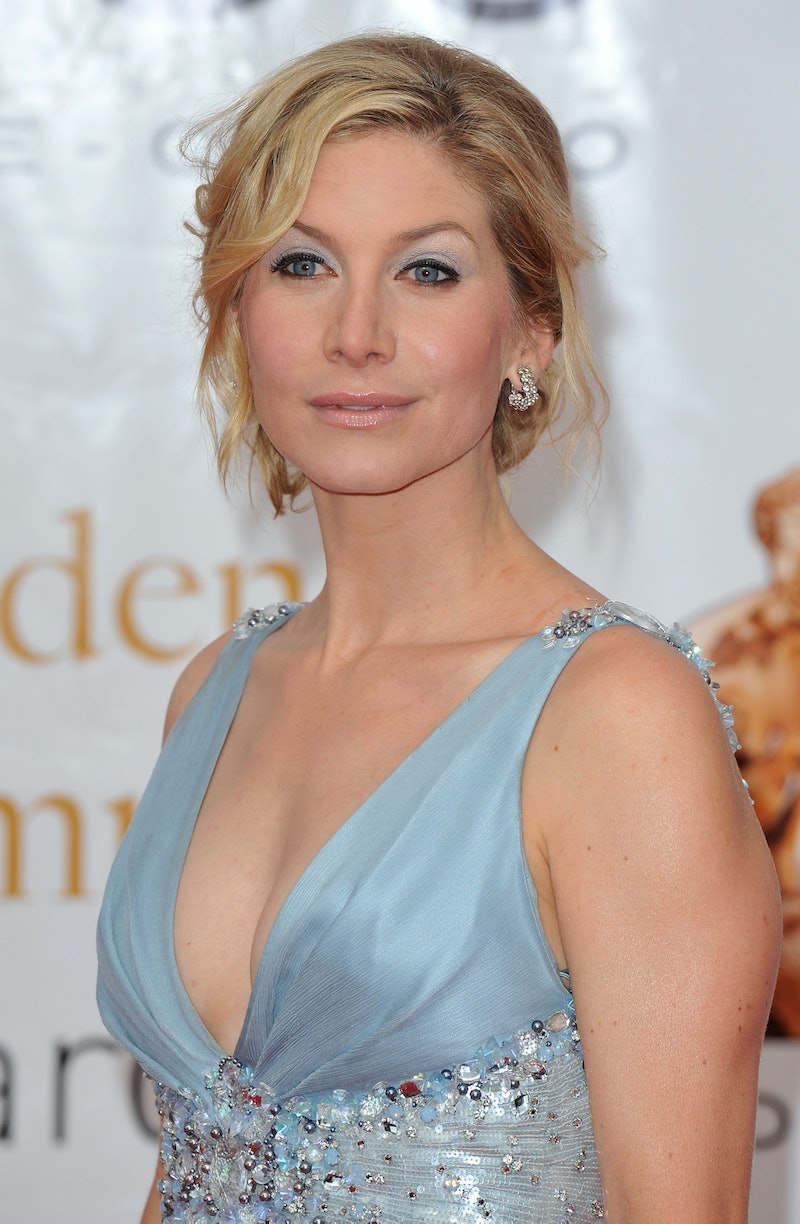 No, she's not playing Elsa, but I can see why you'd think that. Last week, Once Upon A Time cast Anna, Elsa, and Kristoff for its Season 4 arc based on Disney's Frozen and now they're throwing another name into the mix — Lost alum Elizabeth Mitchell has been cast as a Frozen character for OUAT Season 4. According to EW's report on Tuesday, Mitchell's OUAT role is still a mystery — probably because there were only two female characters in Disney's Frozen. So, I'm going to suggest you stop hoping for that live-action "Let It Go" cover now because OUAT isn't playing by the rules anymore.

EW exclusively revealed that Mitchell would be joining the Season 4 Frozen cast of OUAT and that she'll be playing a "possibly malevolent" character "with ties to royal Frozen sisters Anna and Elsa as well as to Storybrooke and Arendell." What does this mean? For starters, it's proof that showrunners Edward Kitsis and Adam Horowitz are definitely deviating from the film's version of events. Which, I suppose, is to be expected — considering the fact that it wouldn't be a fulfilling story for OUAT to inject a carbon-copy of the Disney film in Season 4.

So how will introducing Mitchell as a new, possibly villainous character fit into OUAT Season 4 when there's no precedent for an additional female lead in the Frozen storyline? We've got three theories:

Theory 1: She Gave Elsa Her Powers

In the Disney film, Elsa was born with her ability to manipulate snow and ice. Perhaps, to enrich the backstory of the magic, OUAT will have Mitchell's character be a villain that cursed her as a baby or Elsa's biological, frozen-hearted mother that gave her up. The possibilities are endless.

Theory 2: She Is Elsa In The Present

I mean, look at this photo — Mitchell could absolutely pull this off. During the Season 3 finale, we were introduced to Elsa after she'd been released from a urn-type situation in Rumpelstiltskin's secret storage facility. We had no idea how long she'd been trapped in the urn, but we do know that it definitely happened sometime before Emma was born, when you take into consideration the fact that Emma and Hook had traveled back in time. So, Mitchell could be present-day Elsa, while Georgina Haig will play Elsa in flashbacks to the past? We all know how much OUAT loves its flashbacks...

Theory 3: She's Another One of Regina's Sisters

Hey, Regina's related to everyone these days — maybe, just like Zelena and the rest of the Evil Queen's foes, Mitchell's character is one from the far North. Even though I doubt that OUAT would go down this road again, Mitchell's new potential OUAT villain could have an unsettled score with Regina that she's coming back to make good on. Evil Queen vs. Ice Queen has a nice ring to it?