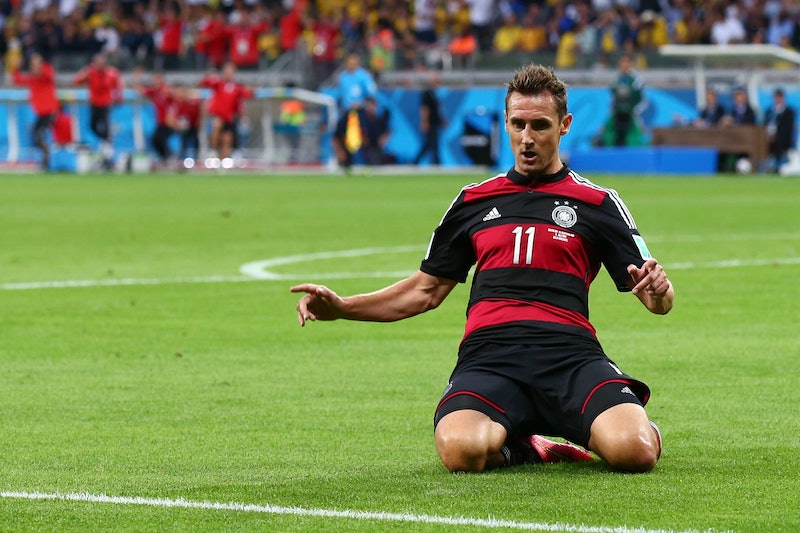 Five goals in the first 30 minutes. That's right, Germany was already way up against Brazil in the World Cup semifinal game by halftime. For those of you tuned into this high-scoring soccer game (or even those of who you hear shouting coming from your neighbors TV room, your office kitchen, or even the bar down the street — because, believe me, this is scream-worthy), can you believe your eyes?

But wait. Pause. Rewind. June 26, 2014: Didn't the U.S. play against Germany in Group G of the World Cup? And oh, didn't we only lose 1-0? Hmm... There appears to be bit of a discrepancy between 7-1, and a final score of 1-0. 1-0! And not only that, we held out for a pretty long time until the first (and only!) goal was scored against us — we at least maintained a 0-0 score until the 55th minute. If that doesn't prove that the U.S. played really well against Germany, then nothing does.

So on that note, rather than poke fun at Brazil for this (or rather, in addition to), let's give a congratulations to the U.S. national team. Good job, guys!