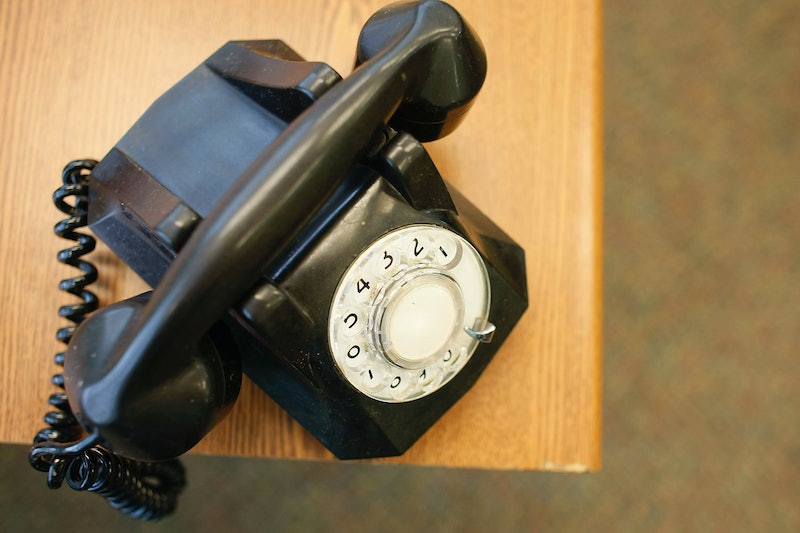 Bad news if you’re super attached to your landline telephone: Apparently they’re on their way out. In fact, it probably won’t be long before they disappear completely. Fare thee well, landlines; we hardly knew ye.

I totally understand why this is happening — I don’t even have a landline myself anymore, and back when I did have one, I used it exactly never — but at the same time, I’m kind of going to miss them once they’ve vanished completely. True, some of these things have analogous actions in the age of smartphones; somehow, though, they just don’t have quite the same sheen on them. Maybe that’s the nostalgia talking, but in any event, I invite you to join me in a tribute to the glories of the fast-fading landline:

1. Finally being old enough for your parents to allow you to answer the phone.

And the little script they gave you to make sure you learned proper phone manners and safety.

2. The joys of having your own line, Claudia Kishi–style.

Or at least having your own phone, even if you shared the line with the rest of the house.

I may or may not have owned one or all of those phones at some point in my life.

6. Picking up the phone to interrupt your older sibling’s three-hour-long download of some random song off of Napster…

7. And giggling after hearing him or her rage about it from several rooms away.

Maybe this is more a tribute to dial-up than to landlines, but given how interconnected they are (were?)…just roll with it.

8. Having something to fall back on when the cell towers go down.

The primary reason I had my landline in my old apartment for so long was due to my parents’ overwhelming concern that something like the Great Blackout of 2003 would happen again and the cell towers would be down for weeks. It turned out never to be a problem, but at least it was sort of an insurance policy if it did.

None of this impersonal “[YOUR NAME] is not available right now” robot voice nonsense.

10. And rerecording it over and over again until you get it right.

If I had a penny for every time someone called the house when I was a teenager and started talking to me thinking I was my mom…I would have a lot of pennies. Maybe even a whole dollar.

12. Not feeling like you have to stay plugged in wherever you go.

I both love and hate having my phone and email in my pocket at all times. It means I never have to worry about missing something important…. But it also means I’m constantly worried about being bugged by something important when I’m out and about. We can’t really make the “Sorry I missed your message while the world was imploding; I was out” excuse anymore.