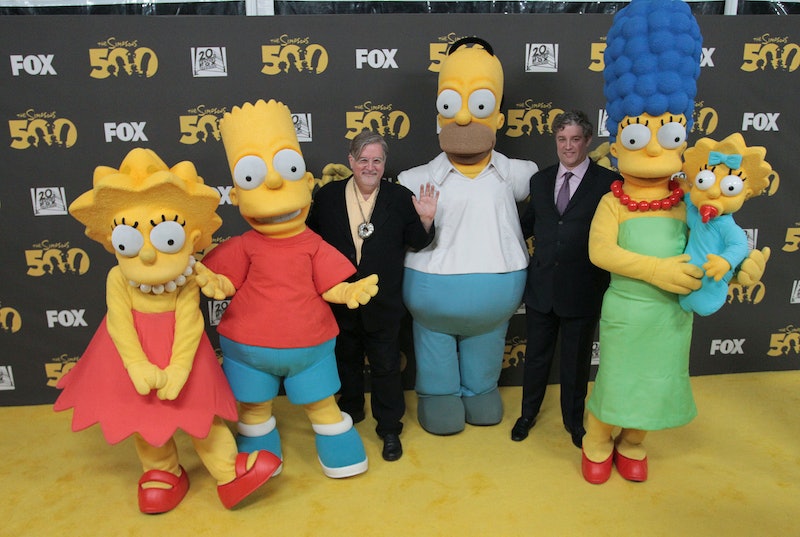 Folks, it's time to both celebrate and mourn what seems to be the end of the Twitter account Marijuana Simpson. Although the account has only existed for less than a month, it has been churning out tweets as part of a screenplay that's seemingly based one one concept: what if Homer Simpson smoked weed? What started off as a simple conceit quickly morphed into something darker and weirder.

The only resemblance the characters have to the ones from The Simpsons are their names. A new Simpsons brother, Ken, is inexplicably written into being. Other well-known characters, like Dick Cheney and Sonic the Hedgehog, show up, as well, and often leave just as quickly as they appeared. Bart Simpson ends up being drafted into the war in Iraq and becomes a hero for killing Saddam Hussein, and the play ends with Homer Simpson reciting the Lord's Prayer.

And after some pretty strange twists and turns, the screenplay is finally over. The account tweeted its inevitable end Tuesday, and a dedicated Scribd user put the whole thing into a more readable screenplay. What we'll see next from the Twitter account is anyone's guess, but no longer being able to see this magnum opus in action is a loss in itself. And so, in tribute (and in the nature of the Internet to continuously draw meaningless comparisons between things), here is the Simpson family and the respective strains of weed that match their characters.

A strain named after delicious food that gives you the munchies and a couch-locked, lazy high? Sounds like Homer, alright.

This mother of all weed strains comes from a small plant that packs a big punch and is flexible and easy to grow. Like the blue-haired beauty, it shouldn't be underestimated. Also, if you're new to the Internet, you should know that Marge Simpson's hair looks like weed.

A strain named after author and cannabis activist Jack Herer seems pretty compatible with Lisa. Not only does Lisa take after this strain's namesake, but this strain also increases productivity and creativity, not unlike the saxophone-playing feminist.

She's a baby, ok? I'm still trying to work with the theme here, guys, but seriously, I cannot in good conscience compare a cartoon baby to anything potent.