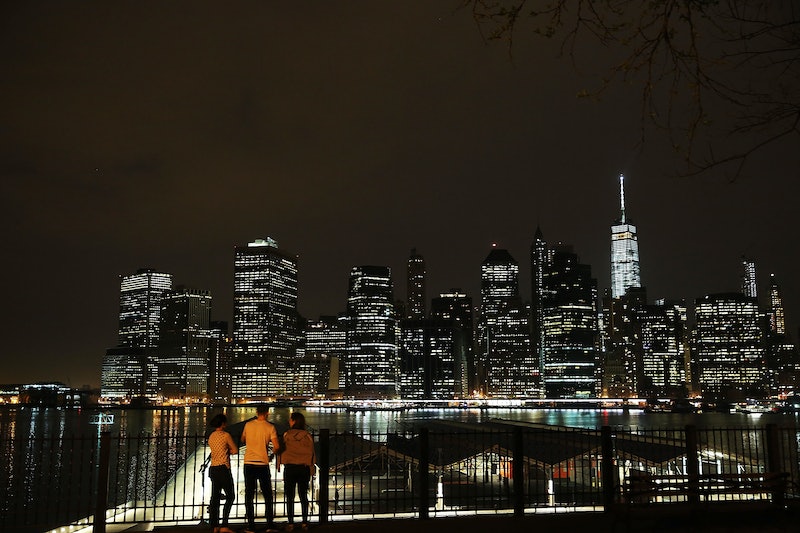 If you’ve ever lived in a major city, you’ve probably found yourself struggling with a love-hate relationship concerning your chosen location at least once during the time you’ve resided there. I know I have — and even though I don’t live directly in New York anymore, I still simultaneously love and hate visiting the place. Good news, though: You’re not alone. Thanks to the wonders of the Internet, you can always rant and rave about your city to the rest of the world — and with Judgmental Maps, you can even point out everything that sucks about it while you simultaneously worship it under your breath.

As numerous other media outlets have put it, Judgmental Maps are sure to offend just about everyone — and make them laugh their heads off at the same time. “Things got started from my stand-up comedy hobby, translating a little bit of my neighborhood-based demographic comedy into a city map of Denver,” comedian and Judgmental Maps creator Trent Gillaspie wrote to Bustle in an email. “I used to explain parts of our city in stereotypes that other people really enjoyed and quickly understood which parts of town I was referring to.” He had no idea that his idea would be so popular, but after loads of positive feedback, he decided to set up a blog for others to share similar maps of their hometowns with the rest of their community. Submissions started trickling in slowly at first, including some from Gillaspie’s comedian pals in New York and Chicago; but late last year, a bigger batch came in, leading to the site rapidly picking up steam. Since them, Judgmental Maps have been featured in publications ranging from the Huffington Post to Fast Co. Design.

The maps read as both love letters and hate mail to the cities they cover, from New York with its tourists, drunk Mickeys and Elmos, and — in my old Brooklyn neighborhood — a combination of strollers and bars:

To Seattle, with its yoga pants, artisanal toast, and muggings:

And from Los Angeles, home of hipsters, J. Crew-looking mofos, and the worst traffic ever:

To Denver, the map that started it all, known for its loose chihuahuas, Cougar Town, and ex-frat boys:

And that’s just a small selection of the cities Judgmental Maps has taken on. There are almost 50 maps available for your reading pleasure; most of them are U.S. cities and areas, but a few take on some international locations, like this map of London:

Yep. I definitely lived in the land of Britpop when I was there.

Sure, the maps may look outrageous and even offensive; but that's exactly what makes them so successful. I’m paraphrasing here, but one of the smartest things Trey Parker and Matt Stone ever said about South Park was how you can’t be selective in your mockery; when you start exempting some things and lambasting others, that’s when it turns into intolerance and bigotry. The same applies to Judgmental Maps, and with nothing off limits, it’s an equal opportunity, mock-tastic free-for-all. “Sharing in the laughs is the best part, but also bringing to realization the differences that exist in the communities around us, and how diverse things may really be,” Gillaspie told Bustle. “I’m personally surprised to hear how our maps have played into a lot of academic conversations surrounding urban planning, socioeconomic studies, and more surrounding culture.” He added, “It’s a great conversation to start.”

Check ‘em all out on the Judgmental Maps Tumblr; you can even submit your own if you’ve got a bone to pick with your hometown. Happy travels!