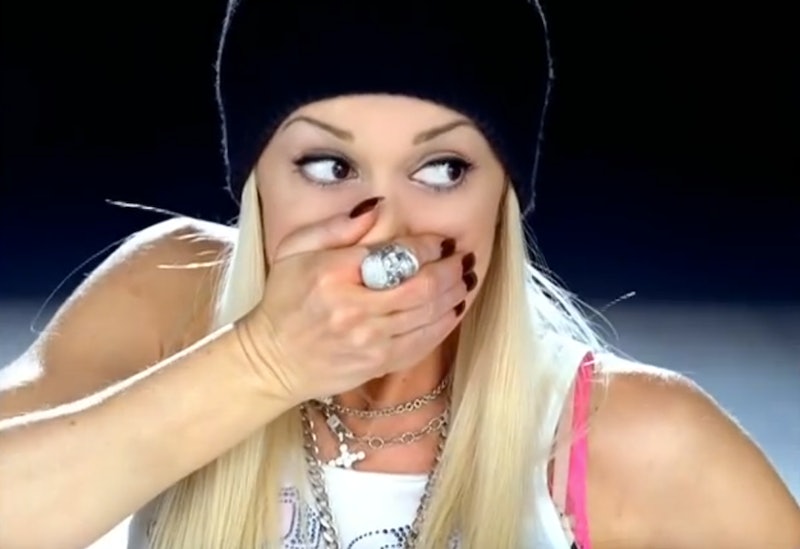 Just like all the generations that came before us, we — or at least I — am in the habit of saying that music was a lot better in my day than it is now. I mean, come on, we practically invented Beyoncé. However, as great as the '90s and early '00s were, there are some songs that are beloved for having catchy choruses than for actually being good songs. Which isn't to say that they aren't good songs, to be honest. It's just that most of us never bothered to learn much beyond the chorus — and that's okay!

At this point in my life, I could probably sing a Backstreet Boys song backwards, so well do I know their hits, but there are other songs that I adore listening to even though I can only really sing along with the chorus. In fact, most people who would remember these songs could probably only belt out some of the words while remaining a bit hazy on what little of the rest of the song they know. These are songs that you really, really had to love in order to know them front to back because most people just thought they were kind of catchy and moved on to the next Destiny's Child jam.

So on Throwback Thursday, let's go back in time to these chart-topping hits that no one knows all the words to.

"Who Let the Dogs Out"

"Absolutely (Story of a Girl)"

Pretty Much All You Know: This is the story of a girl, who cried a river and drowned the whole world. Although she looks so sad in photographs, I absolutely love her when she smiles.

Pretty Much All You Know: Stacy's mom has got it going on. She's all I want and I've waited for so long. Stacy, can't you see you're just not the girl for me? I know it might be wrong but I'm in love with Stacy's mom.

Pretty Much All You Know: She had dumps like a truck, truck, truck. Thighs like what, what, what. Baby, move your butt, butt, butt. I think I'll sing it again. All night long. Let me see that thong. That thong-a-thong-thong-thong.

Pretty Much All You Know: Sorry, Miss Jackson. I am for real. Never meant to make your daughter cry. I apologize a trillion times.

"Soak Up the Sun"

Pretty Much All You Know: Few times we been around that track, but it's not just gonna happen like that 'cause I ain't no Hollaback Girl. Ooh, this is my shit.

Pretty Much All You Know: As we go on, we remember all the times we spent together and as our lives change, come whatever, we will still be friends forever.

Pretty Much All You Know: It's getting hot in here. So take off all your clothes. I am getting so hot. I'm gonna take my clothes off.