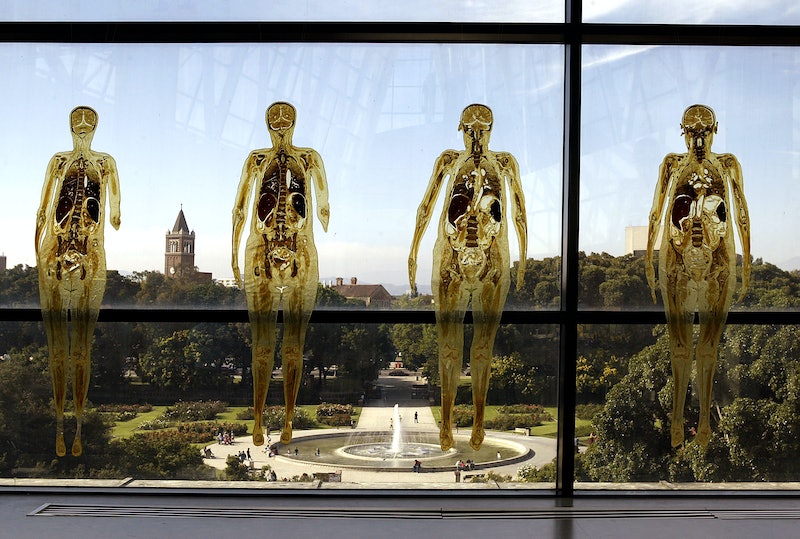 George Carlin once joked that he’d never become an organ donor because, if he ever got into a serious accident, the paramedic would be “looking for parts” instead of trying to save his life. A good routine, but also a documented urban legend. Doctors will, of course, do everything within their power to save you when you need it — but if what you need is an organ, there’s only so much they can do.

There’s a worldwide organ shortage, and it’s not unlikely that you’ll need one some day. In fact, from a statistical standpoint, you’re more likely to require a transplant at some point during your than you are to become a donor. In the spirit of National Transplant Week, here 19 things you probably didn’t know about organ donation.

1. Somebody is added to the organ donor list every 10 minutes.

2. Roughly 18 people die every day while waiting for an organ transplant that never comes. That’s 6,570 people per year.

3. Tons of celebrities have received organ donations, including Steve Jobs, Tracy Morgan, Lucy Davis, and Natalie Cole. Homeland’s Mandy Patinkin even had two (a corneal transplant in each eye).

4. There’s an ongoing ethical dilemma surrounding alcoholics who need liver transplants. Usually, people with alcoholic liver disease are required to demonstrate six months’ of sobriety prior to receiving a transplant; however, only 30 percent of people who’ve been afflicted and haven’t responded to other treatments actually live for six months, and some research suggests that early liver transplants can improve their chances of survival past that point.

5. There are currently more than 105,000 people on organ waiting lists.

6. The first successful kidney transplant was carried out in 1954.

7. Iran is the only country in the world where private organ trading is legal (and regulated by the government). As a result, there’s no longer any organ shortage in the country at all.

8. In Israel and Singapore, by contrast, people who don’t opt in to the organ donor system are automatically placed at the bottom of the waiting list.

9. The majority of organ transplants come from dead donors. Unfortunately, this means that lower crime rates and safer cars have made the organ shortage worse.

10. In addition to kidneys, living people can donate parts of the lungs, liver, intestines, and pancreas. Blood and bone marrow, while not technically organs, can also be given when you’re still alive.

11. One organ donor can potentially save the lives of eight people.

12. Xenotransplantation — that is, taking organs from animals and putting them into humans — could potentially solve the global organ shortage, but it hasn’t successfully been done (all recipients have died within days or weeks), and it’s unclear whether it’ll ever be viable. A big risk is the transmission of animal-specific diseases to the human population; in addition, since animals generally don’t live as long as humans, their organs aren’t meant to last as long, either.

13. Most people, no matter their age, are eligible to be organ donors. However, a few categories of potential donors are excluded, including people with HIV, spreading brain cancer, and certain other severe infections.

14. In the U.S., minorities are disproportionately more likely to need organ transplants. Around 30 percent of people on the organ waiting list are black, while nearly 20 percent are Hispanic.

15. The world's first face transplant was performed in 2005.

16. Organ donation is approved by most major religions. Roman Catholicism, Islam, most branches of Judaism, and most Protestant faiths all believe it's cool with God.

18. Organ donation is free, meaning your family will not be charged. Donation costs are the responsibility of the recipient.

19. You can register to be an organ donor here.