She's young, she's blond, she's all over social media, and she can't keep her mouth shut — we're dying to know more about Lori-Ann Marchese, one of Game of Crowns' stars. According to her Bravo bio, she “loves to play pranks on her family” and “enjoys dancing to a Latin beat.” Hmm… those sound like Mrs. America-ready answers, but don’t really give us a good idea of what kind of competitor or castmember she’ll be. But a little digging reveals she’s actually an experienced fitness model who won several bikini competitions before entering and winning Mrs. Connecticut in 2013. So she’s a newcomer to the pageant scene, which could mean the roughness around her edges could chafe old pros like costars Shelley Carbone or Vanessa Sebastian, who look down their noses at less refined fitness modeling.

And “old pro” is no dig — Sebastian actually won Mrs. Connecticut America in 2012, just one year before Marchese, and Carbone is the only cast member to actually win Mrs. America. But while a clip from the premiere shows Sebastian taking Marchese under her neatly manicured wing, Marchese’s recent social media posts show a lot of Susanna Paliotta, who clashes with Sebastian from the time they accidentally-on-purpose show up to the airport wearing the same exact dress.

Judging by her exuberant personality and the serious amount of bleeps in her talking head interviews, it’s clear that Marchese won’t be able to help herself from saying exactly what she’s thinking, something that she and Paliotta share. And her expressive face is endlessly gif-able, the true mark of a reality TV superstar.

We see in a series trailer that Marchese is skeptical about her fellow competitors using plastic surgery to look younger when they’re supposed to be celebrating their age. While body-shaming is bad no matter what direction it’s pointed in, it’s kind of nice to these women sticking up for aging the natural way… give or take hair extensions, fake eyelashes, and a serious makeup job. And while Marchese clearly loves the showmanship of performing for both pageant audiences and reality cameras, she's built a real business out of her fitness modeling and opened an all-women fitness boot camp that looks more like Crossfit than Curves. Judging by her performance on the fitness modeling stage, she has some passionate fans. Hopefully they'll go to bat for her on Twitter should any feuds arise.

When Game of Crowns premieres after Real Housewives of New Jersey this Sunday, look out — it seems seriously addictive. 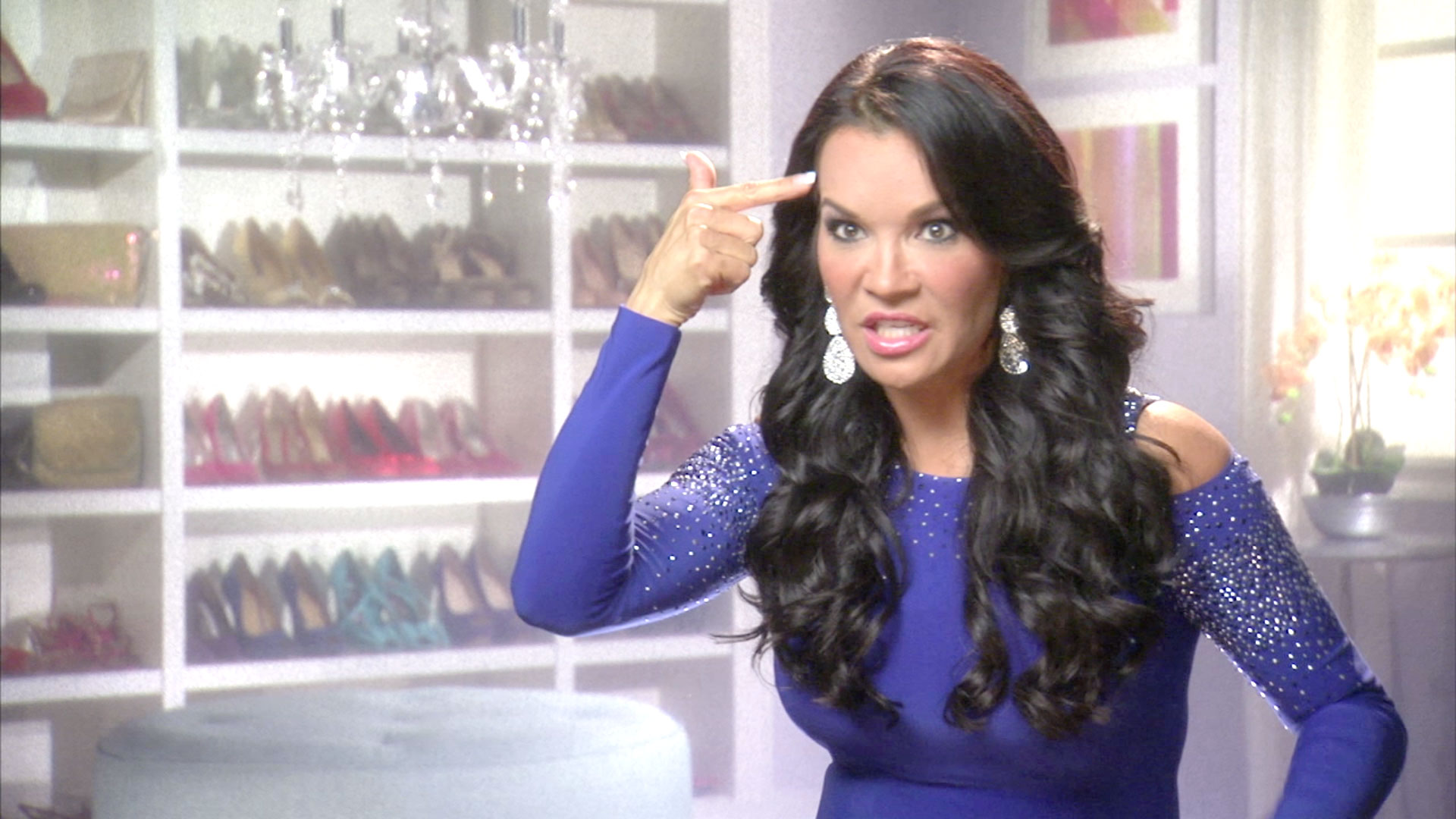